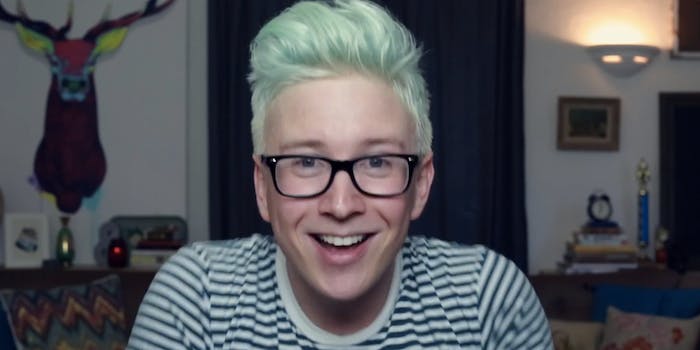 Oakley wants to have a slumber party and gossip with his biggest fans.

Tyler Oakley is expanding his entertainment prescence with two projects announced this September, a tour and podcast that he hopes will connect him more intimately with his fanbase.

While wrapping up his Auguest series of collaborations, the YouTube star told us last week that the new projects are the biggest he’s ever attempted in his time on the medium. He took to his YouTube channel today with a formal announcement, first for a sleepover-themed tour that will bring him around the country, and eventually the world, to be face-to-face with his fans, who now number 5 million on YouTube and 3 million on Twitter. He also announced Psychobabble, a new podcast with best friend Korey Kuhl.

So far only two dates are announced for the tour, in Michigan and Chicago, but Oakley promises more will be announced soon. Tickets range from $39 to $85 depending on the seats; his podcast is completely free and now available on iTunes.