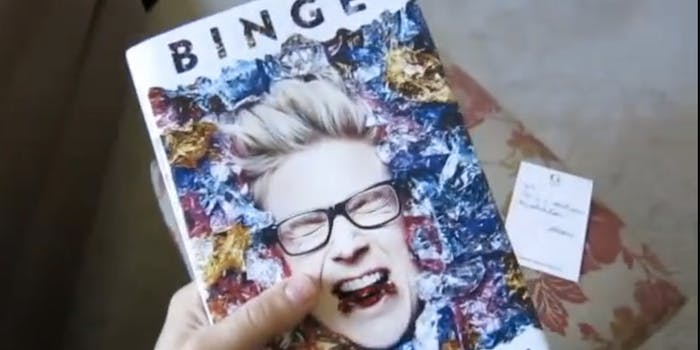 Tyler Oakley releases a chapter of his book early to fans

The YouTuber gives a peek into his dating history with new chapter.

Tyler Oakley knows his fans can’t wait to read his first book, Binge, so he’s giving them a taste early.

Oakley posted the partial text of one chapter, “The One That Got Away,” to Wattpad, a publishing site for amateur and professional authors, and its more than 40 million monthly users.  He promised on the site to reveal more portions of the chapter each Monday until the book is released.

“This ain’t fanfiction, but it does get JUICY,” Oakley wrote.

The chapter deals with Oakley’s first boyfriend in college, and fans must sign up with the site to view the full text Oakley is leaking. It’s the longest single section in the upcoming work, with 40 pages dedicated to the full story of Adam and Tyler’s relationship.

Binge hits shelves Oct. 20, and Oakley is supporting its release with a book tour across 22 international cities.