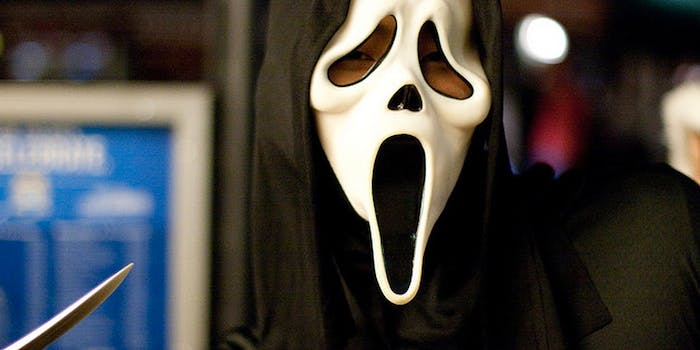 How to survive a horror movie

If you're wondering just how you might survive a horror movie in tact, check out some of these tips from Twitter.

Ignore scary noises, try not to ask for directions and don’t be the black guy: all solid tips from Twitter users on how to survive a horror movie.

#StepsToSurviveAHorrorMovie began trending last night,  presumably in preparation for Halloween, and has since collected more than 41,000 suggestions, according to Topsy, a social monitoring service.

The most popular suggestion: “Be the bad guy: you get to kill lots of annoying people, then miraculously return in the sequel,” tweeted @deathstarpr. Famed horror director, Eli Roth, even got into group mind think and tweeted “Don’t get directed by me.”

We collected some of our favorite tweets so write these down and try not to get yourself killed.

“If you hear a strange noise…whatever you do DON’T go and check it out,” tweeted @vinnie2times.

@Its_Stewie suggested “Don’t be the black guy. They always kill him first because if they didn’t, he’d actually survive the whole movie.” As Scary Movie pointed out, black characters pretty much always die first.

“Don’t trip and take all [damn] day to get up…,” tweeted @mizzbabyblue15. Similarly, many users like @Stretch22 suggested to “wear good shoes.”

“Don’t pick up the phone,” tweeted @AANAICLUD while @cond0ms suggested “don’t stay in the house.”

Perhaps @HulkSmash_09 has the best suggestion: “fail the audition.”