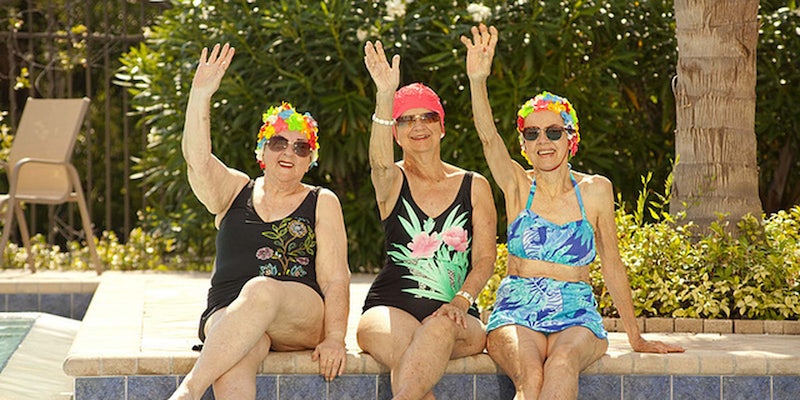 140 characters brought these careers to a close.

Last week, the world was hit with the horrifying news that Justin Bieber is set to retire at the ripe old age of 19. The announcement wasn’t made during a flashy press conference, or by an agent while Bieber hid behind closed doors—it was made, as these things increasingly are, via Twitter.

But Bieber is not the first—hardly. The Twitter retirement has become a staple of current celebrity culture. With little more than few keystrokes and a click, your career can come to a close. Except not really, because the Twitter-announced retirement is little more than cheap attention-grab, a shot into the Internet to ignite fans and haters alike.

So let the stroll down Twitter retirement memory lane begin… and let’s take a look at how exactly some of these notable “retirements” went.

Perhaps the most infamous Twitter retirement announcement belongs to Amanda Bynes, who sent the tweet back in 2010 (unretiring the next month, mind you). The comment came after a series of inane and nonsensical posts, foretelling her future relationship with Twitter. Over the last year, Bynes engaged in a variety of Twitter wars and feuds. 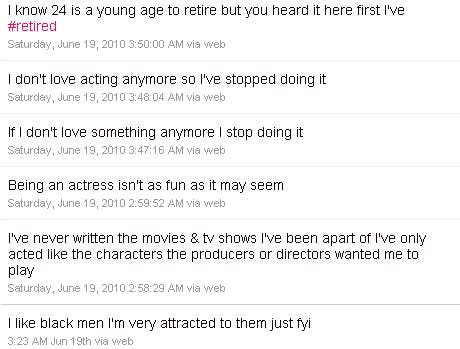 Since her retirement, Bynes endured a well-documented breakdown, faced a couple arrests, and eventually was placed under involuntary psychiatric hold. She’s reported to be doing better now and has conspicuously kept out of the public eye.

Technically, Shaq retired via Tout, a social network he promotes, but the video was cross-posted to Twitter and went viral there. In 2011, after a disappointing season with the Boston Celtics and a history of injuries, the athlete known by many names (Shaq-Fu, the Big Shaqtus, Shaq Daddy, etc.) confirmed he was done playing basketball.

But he wasn’t done with basketball. O’Neal is now an analyst on Inside the NBA, where I’ve personally pegged him to become the next Charles Barkley.

It should be noted that Barkley has yet to announce an official retirement from either rapping or acting.

While Chris Brown hasn’t officially retired, he did take to Twitter to threaten to retire. There’s nothing like a good tweet scare to get everyone on your side!

Brown has had a storied relationship with Twitter. His infamous war with comedian Jenny Johnson following his arrest for domestic violence set the tone. Much of his tweeting is defensive, clearly frustrated with the (deserved) attacks on his character.

The tweet announcing his retirement this past August didn’t stray from that attitude (it has since been deleted). Brown has one giant chip on his shoulder.

Drumroll please!! I’m 32 years old and I’m HIV positive. Acute HIV, which means I recently was infected. For that I am blessed

Sure, it’s not exactly an announcement that he is quitting acting but one that he is done with it. And that he is very, very rich. Kudos, Muniz. Don’t blow all that cash and make me change my tune. To be fair, things haven’t been entirely golden for Muniz since then: He was involved in a domestic violence incident in 2011 and has suffered two mini-strokes.