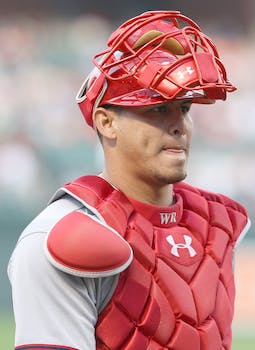 Even jokesters showed their serious side in expressing their concern for Washington Nationals' catcher Wilsom Ramos, who was abducted from his Venezuelan home.

Ramos, who just finished his rookie season with the Washington Nationals, was abducted in his home in Santa Ines and “taken away in an SUV by four armed men,” reported ESPN. As of 10:34 a.m. ET, Venezuelan police have found the SUV and were gathering evidence, reported USA Today.

“Our foremost concern is with Wilson Ramos and his family and our thoughts are with them at this time,” said the Washington Nationals in a statement. “Major League Baseball’s Department of Investigations is working with the appropriate authorities on this matter. Both Major League Baseball and the Washington Nationals have been instructed to make no further comment.”

On Twitter, the 24-year-old catcher has been mentioned more than 37,000 times since 7 p.m. ET Wednesday, according to statistics from Topsy, a social media search engine.

Most people have been spreading the news of Ramos’ abduction while others shared kind words and kept things light-hearted.

“My thoughts and prayers go out to Wilson Ramos and his family. Stay safe and get him back to the us @MLB,” tweeted Glenn DuPaul (@baseballs_econ).

“Please, please send your prayers to my owner & his loved ones. We love you Wilson & are praying for your safe return!” tweeted @wilramosgoatee.