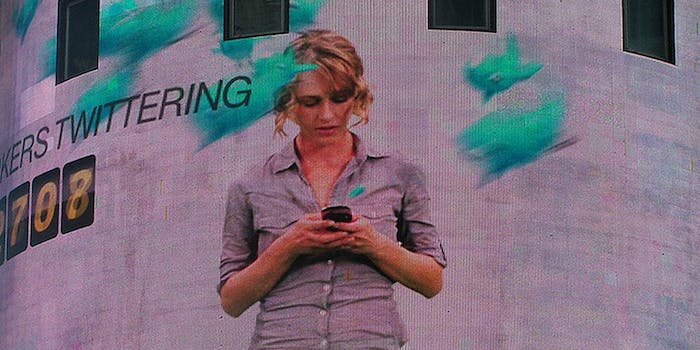 Right next to the nosebleeds: Tweet seats, where social media-enthusiasts go to live-tweet events.

Even avid Twitter users are wondering if pop culture has hit a new low amid widespread reports that many U.S. theaters are setting aside “Tweet seats” to encourage patrons to post comments during a show.

“I may have outlived my expiration date,” tweeted Billie Raven, who has posted to the microblogging site more than 39,000 times—but presumably never during a film or stage performance.

The seats aren’t necessarily meant for rock shows or sporting events, where snapping cellphone pictures has been a long-established practice. Instead, the Tweet seats are for cultural performances like operas and musicals, where using a smart phone may be considered a distraction or outright offensive.

The Lyric Opera in Kansas is believed to have been the first to designate Tweet seats when it set aside 100 seats for Twitter users in 2009.

There were few mixed reviews on the new policies that have since expanded to theaters across the country. People either love the idea or hate it.

“Are you KIDDING me?” Nancy Brown MacDowell protested in a Facebook post. “That’s plain RUDE and WRONG!!!!”