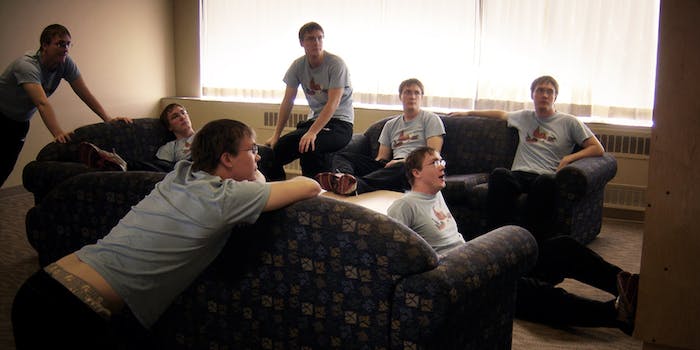 If you're a Breaking Bad fan, we know exactly how many days you spent glued to the couch.

Did you know that most Breaking Bad fans out there have devoted over two full days, without food or sleep, to watching their beloved program?

And that’s all Breaking Bad fans, not just those who binge-watched it on Netflix in that amount of time.

A new site out there calculates exactly how much time you have spent watching your favorite TV shows. Not only that, but it crunches the numbers cumulatively, as most of us enjoy more than just one TV program.

For example, say that you are a huge Star Trek fan. From the original series in the 1960s all the way to the last episode of Enterprise, you were glued to the adventures of the latest crew who were boldly going where no one had ever gone before.

According to the calculator, you spent 27 straight DAYS drinking in all of that entertainment.


Long-running TV shows conjure up frightening statistics all by themselves. For example, if you watched Saturday Night Live every single week since its debut in October 1975, you have devoted 48 DAYS—almost two full MONTHS—to the late night staple. And, chances are, roughly 15 minutes of it was actually funny.

Don’t even try it with soap operas or Doctor Who. Your heart will sink.

Since I am not as avid of a TV watcher these days as I was as a youth, I decided to compile some data on the cartoons I enjoyed back in the 1980s and 1990s.


Over a week of my life was spent watching formulaic cartoons whose primary function was to sell toys. Four days alone were devoted to the Teenage Mutant Ninja Turtles.

And that doesn’t include commercials.

Or the fact that I have seen most episodes of these cartoons at least three times apiece.

If Alex Cican, who created the calculator, ever designed one for Internet usage, we would all be in serious trouble.

As a final note, if you are tuning into the series finale of How I Met Your Mother tonight, know that, according to the calculator, it took Dad over four straight days to tell the story.

All images via tiii.me | Main Image via Mark Vitazko/Flickr (CC BY 2.0)