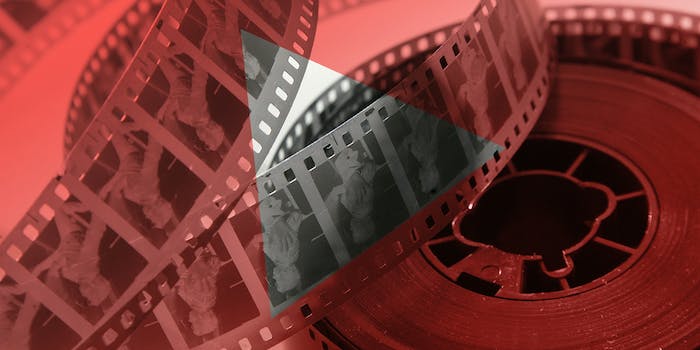 James Richards' work would probably annoy the hell out of purists if they hadn't turned their back on the prize ages ago.

The Turner Prize is notorious for recognizing emerging artists whose work, according to many a bitter old fool, isn’t art.

In previous years, the prize has been awarded to Tracey Emin’s dirty bed and a flashing light bulb. So perhaps it’s in keeping with the award’s progressive ethos that this year there aren’t any oil paintings or sculptures up for nomination.

Shortlisted for the £25,000 prize at the Tate Britain gallery in London, however, is an artist who makes work from YouTube clips. It would probably annoy the hell out of purists—that is, if they hadn’t turned their back on the award, celebrating its 30th anniversary this year, long ago.

The shortlist announcement said this year’s Turner Prize shows “the impact of the internet, cinema, TV and mobile technologies on a new generation of artists.”

Video artist James Richards mixes together footage from the Internet, old VHS tapes, and his own material to make what the judges call “poetic meditations on the pleasure, sensuality and the voyeurism that is within the act of looking.” One of Richards’ videos splices together a clip from A Nightmare on Elm Street with an old education tape.

According to the BBC’s resident art buff Will Gompertz, all four of the nominees are essentially remixers, incorporating other people’s work into their prints and video installations. For example, Duncan Campbell’s entry is essentially a video remix of the 1953 arthouse documentary Statues Also Die by French auteurs Alain Resnais and Chris Marker, combined with choreographed dance footage he shot himself.

You can watch Gompertz explain why this is art to a skeptical newsreader below.