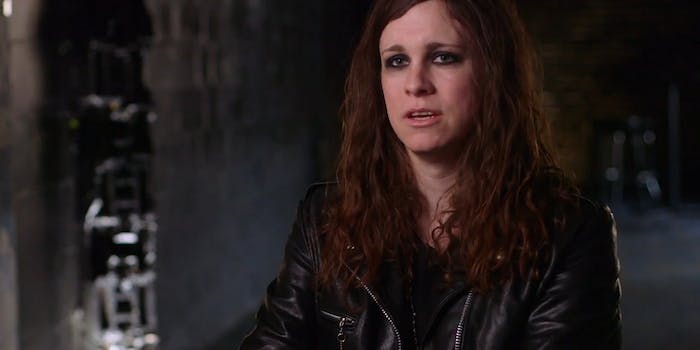 The lead singer for punk band Against Me! is one of the most visible transgender women in the world.

Laura Jane Grace, lead singer of Against Me!, is one of the most visible transgender women in the world. Following the success of her band’s latest album, Transgender Dysphoria Blues, she’s now releasing a webseries called True Trans With Laura Jane Grace.

The 10-part documentary series will begin on National Coming Out Day, Oct. 10. Produced by AOL, True Trans sees Laura Jane Grace travel across the U.S., speaking with other transgender and genderqueer individuals about their experiences.

Grace told Time, “Getting the chance to listen to other people tell their stories of how life shaped their identities and views on gender couldn’t help but further inform my own understanding of just how complicated and also how simple all of it really is.”

The series also offers snapshots into Grace’s own life, including her relationship with her wife and daughter, and her work as a musician. Over the past two years she has been very careful about her public image as a high-profile transgender person, clearly aware that many fans see her as a role model and inspiration.

This new webseries seems like the next step in her evolution from musician to celebrity activist, with AOL describing True Trans as an effort to tell the stories of a community “whose experiences are woefully underrepresented and misunderstood in the media.”