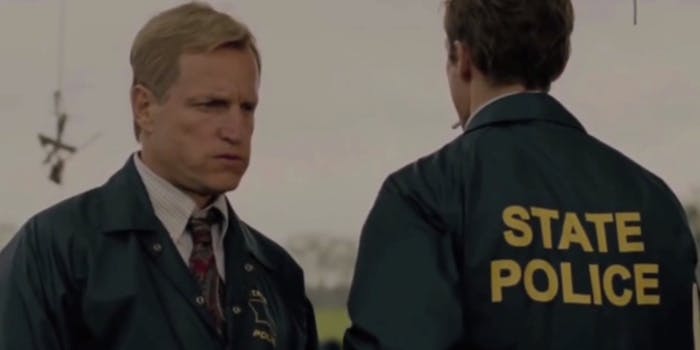 It was under our nose the whole time.

The mystery of the “Yellow King” on HBO’s True Detective has made us all a little crazy, as we’ve exhausted hours of mental bandwidth and spare time wondering who it could be. Detective Hart? The lawnmower guy? Is the the Yellow King… us?

Right before the final episode of True Detective on Sunday, the mystery has finally been solved. The folks at Big Meeting have unleashed an explosive theory on the Yellow King, which proves it really was right under our noses the whole time. Finally, the past seven episodes make sense. [Major spoilers ahead.]

How did we all miss this?