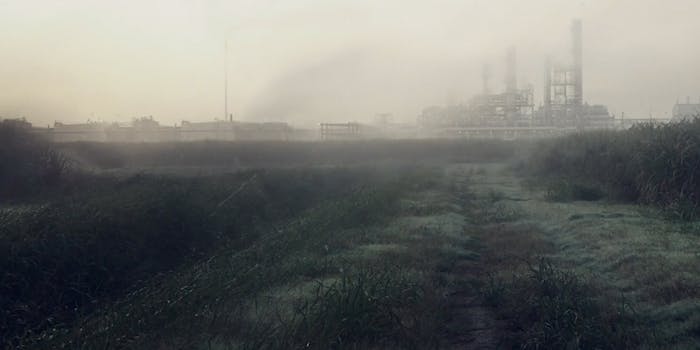 What each rumored lead could bring to ‘True Detective’

The only consensus is that fans are tired of waiting and want some answers.

In March, we left Carcosa, saying goodbye to the beloved duo of Rust and Marty as well as the mysterious Yellow King. But before the first season of HBO’s hit series True Detective could come to a close, fans were already clamoring for more.

In late August, HBO’s programming director Michael Lombardo put a timeline in motion, saying filming for the second season, which is set in California, would begin in September with an expected air date of summer 2015. With the showrunners still being cagey about casting details, many fans were left to wonder who would be inhabiting the role of tough, no-nonsense Monterey Sheriff Ani Bezzerides. The character’s “troubled upbringing has driven her to gambling and alcohol,” according to a breakdown obtained by The Wrap.

The rumor mill has been throwing out possible names, some expected and others surprising, who could traverse the heavy subject matter and complex philosophies of the show.

We’re here to break the casting rumors out of the flat circle they seem to be trapped in and give you some insight into what these actors could bring to the table.

Elisabeth Moss: While Moss is most widely known for her role as the highly independent Peggy Olson on AMC’s Mad Men, her starring role in the BBC miniseries Top of the Lake showed fans a gritty side they hadn’t previously seen. Some argue that her role as Det. Robin Griffin in the series might be too close to True Detective territory for casting comfort.

Rachel McAdams: To some, she will always be Regina George or Allie Hamilton, but slowly McAdams has been making moves into more daring roles. Most recently, her turn in A Most Wanted Man broke her out of the saccharine romance roles and introduced McAdams to the thrilling world of conspiracy that Pizzolatto seems to be so fond of.

Jessica Biel: Biel’s career has been quiet for the past few years after her marriage to Justin Timberlake, with previous roles rarely deviating from well-established girl-next-door vibe. Her cameo in New Girl, as well as her roles in the Garry Marshall holiday-centric films New Year’s Eve and Valentine’s Day have seen her resting comfortably on her acting laurels. Like Woody Harrelson before her, tackling True Detective might redeem Biel’s career from staleness.

Malin Akerman: Perhaps the most unexpected casting consideration, Akerman was previously introduced to HBO audiences as a bubbly blonde in 2005’s comedy series The Comeback. Since then she’s mainly inhabited comedic roles in shows like Children’s Hospital, Burning Love, and Trophy Wife. The role of sheriff could help Akerman be taken more seriously by the Hollywood establishment.

Brit Marling: If anyone on this list could help effortlessly “capture a certain psychosphere ambience” that Pizzolatto has talked about for season 2, it’s Marling. Having both written and starred in films like The Sound of My Voice and The East, she has a history of capturing the power of the occult onscreen. If conspiracy, a bit of sci-fi, and power are what Pizzolatto is looking for in a female lead, Marling has exhibited all three in spades.

Rosario Dawson: One of the only racially diverse actresses rumored to be considered for the role, Dawson’s filmography proves that she has incredible range. From Rent to Sin City, she’s inhabited a breadth of characters, yet her turn in Danny Boyle’s 2013 psychological thriller, Trance, may have placed her in the front running for casting.

Oona Chaplin: The British-Spanish actress has acting in her blood as the granddaughter of Charlie Chaplin and the great-granddaughter of American playwright Eugene O’Neill. While she’s already been introduced to HBO audiences as Robb Stark’s wife, Talisa Maegyr, American audiences are largely unfamiliar with her roles in British dramas and Spanish films. A lead as a cop in True Detective could be a big break in her American film career.

Jaimie Alexander: To most fans, Alexander is better known as Sif, the star of the Thor blockbuster and its sequel, as well as Marvel’s Agents of S.H.I.E.L.D. While she has no issue embodying a powerful woman, a turn for Alexander in a disturbed cable drama could break her from the pigeonhole of the comic book genre.

Kelly Reilly: This fiery-haired Brit garnered the attention of U.S. audiences after her turn as Mary Watson in the Robert Downey Jr.-fronted Sherlock films. Yet it was her most recent role as a neurological specialist suffering from bipolar disorder on the short-lived ABC drama Black Box that brought out her true acting chops. It would be delightful to see just how far down the dark hole of her character Reilly is cable of going.

Internet commenters have been in hot debate over who should helm the next season of True Detective. With the field of possible choices only expanding, we seem to be further away than ever from cementing a female lead. The only consensus is that fans are tired of waiting and want some answers.

How legit is that True Detective casting list? I could definitely like, get behind the idea of Malin Akerman.

I’m sorry, but if the new season of True Detective doesn’t cast Gaby Hoffman, then I just don’t know how to help you, @HBO

I am also rumored to be in the cast of True Detective Season 2.