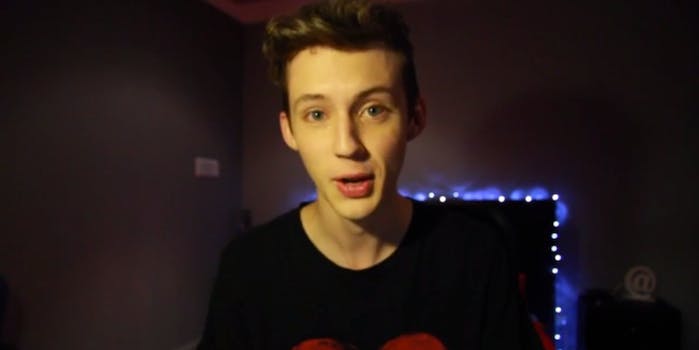 Troye Sivan dropped an album on his fans during the first day of VidCon.

Troye Sivan dropped an album on his fans during the first day of VidCon.

Just over an hour until the big announcement!! If you’re at Vidcon, see you there! If you’re online, stay tunedddd! #TRXYE

After a year of keeping things under wraps, the YouTube musician was finally able to share that his new album would be released on Aug. 15.

He teased his news prior to VidCon, but he made things official with a YouTube video explaining what he’d been up to over the past year and why he wasn’t allowed to say anything about it.

“I wrote over 40 songs and it’s been the most intense and insane journey, and I had to keep it a secret from you the entire time,” he said.

Sivan made the first 2,000 signed copies of TRXYE available for preorder, something that caused some problems as fans frantically tried to get their hands on a signed copy.

If you don’t get one of the first 2000, iTunes pre-order is coming soooooonn!!!!