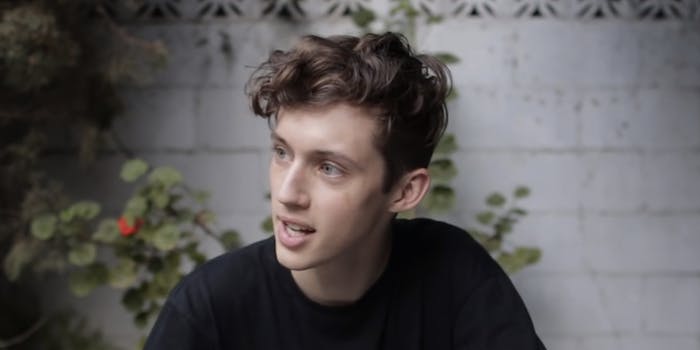 Sivan will hit 20 cities on his 2016 North American tour.

Fans are definitely not blue over a new slate of tour dates from YouTube favorite Troye Sivan, who will visit the U.S. and Canada in support of his first full-length album, Blue Neighbourhood, in 2016.

The 20-year-old Australian kicks off his tour Feb. 3 in Vancouver and hits 20 cities, with double shows in locations like Los Angeles and New York. Sivan recently played to a sold-out tour for EP Wild. Midway through the international jaunt, Sivan postponed dates in Australia due to sinusitis and acute laryngitis, and so far his 2016 touring plans are only in North America. Sivan also released a lyric and performance video to his latest single, “Youth,” in conjunction with the tour dates.

Fans who pre-order Blue Neighbourhood have priority access to tickets starting Nov. 25-26. General on sale has not been announced.

Blue Neighbourhood hits retailers on Dec. 4, but Sivan has been teasing fans with clips from the album and visuals on his YouTube channel since the beginning of November. Most recently he’s revealed some childhood images to accompany the song “Youth” and stories about his coming out as LGBT for “Heaven,” which features Betty Who.