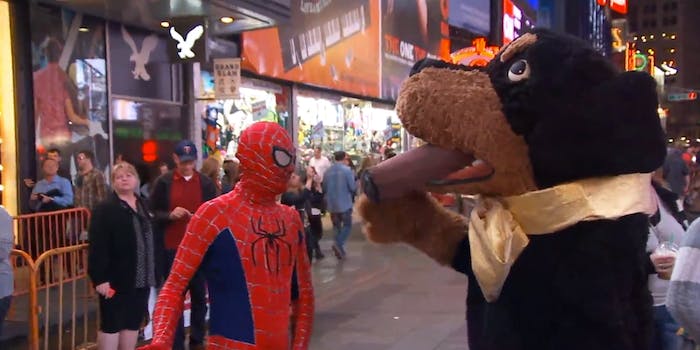 The Times Square mascots might’ve gotten a taste of their own medicine when Triumph the Insult Comic Dog came to play.

The heroes and characters in costume have had allegations of harassment lately, so the Conan correspondent went out to investigate and to really teach them how to make even more money. And even he gets in on the fun after going from a cigar-smoking puppet to a cigar-smoking mascot.

You thought he had a dirty mind before. Just wait until he’s life-size.