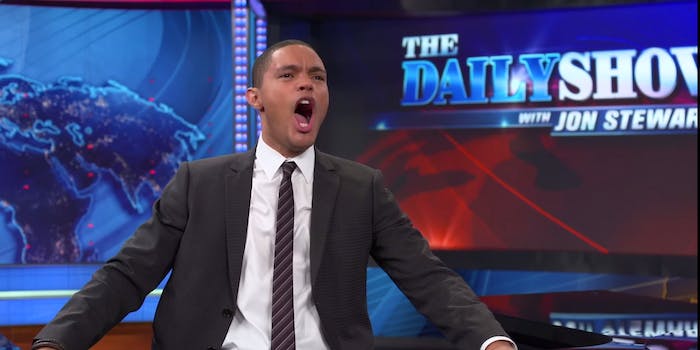 Is this a taste of the ‘Daily Show’ to come under Trevor Noah?

Although we’ll be sad to see Jon Stewart leave The Daily Show on Aug. 6, we won’t have to wait too long until new episodes come our way again.

The Daily Show announced Thursday that Trevor Noah will make his Daily Show hosting debut on Sept. 28, leaving us with nearly two months of political, presidential, and media shenanigans uncovered. Promising that nothing would ever be the same, Noah starts to get comfortable in Stewart’s chair even before he leaves in the show’s first teaser. And by that I mean really comfortable.

Stewart is unamused, but let’s be honest. We could’ve totally seen him doing some of this when he first got the job.