Everything we know about ‘Transparent’ season 3

The return of Emmy- and Golden Globe-winning series 'Transparent' is just around the corner.

The return of Emmy– and Golden Globe-winning series Transparent is just around the corner, and while most details of season 3 are kept tightly under wraps, based on the photos released at the 2016 TCA summer press tour Sunday, there are a slew of things we can speculate will happen during season 3.

The dramedy returns Sept. 23 and looks to be picking up right where things left off during its season 2 finale, and the Pfeffermans are still the highly self-destructive, narcissistic, dysfunctional family that we love so much.

Let’s start with Maura (Jeffrey Tambor). She appears to have made the decision to go in for gender construction surgery. Amazon reveals that all does not go as planned and that there are setbacks in this journey, so it sounds like there will be medical issues that keep her from fully realizing who she is.

Here’s hoping that Maura’s new girlfriend Vicky (Anjelica Huston) is around to help Maura though this. She was a fantastic guest star at the end of season 2, and fingers crossed she’s bumped up to series regular in season 3. 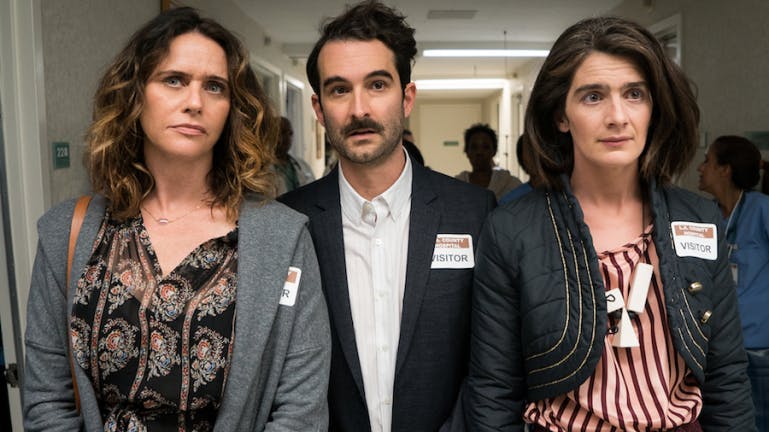 All the Pfefferman children are wearing hospital visitors badges in this shot, which leads us to believe that Maura does get pretty far in surgery proceedings before things take a turn. It makes sense that Sarah (Amy Landecker), Josh (Jay Duplass), and Ali (Gaby Hoffmann) would all support Maura’s decision to physically live her true self, and they are all probably using this visit to momentarily escape all the drama in their own lives.

It’s hard not to notice Ali’s new put-together look. Gone is her funky haircut and normally disheveled presence. Based on her carefully blown-out hairdo and professional appearance, it seems like Ali chose being Leslie’s (Cherry Jones) teaching assistant over a sexual relationship with her.

However, Amazon mentions Ali will have “nitrous-induced visions”—is she getting into those with Leslie? Or is she using drugs to escape her situation with Leslie? Maybe someone entirely new enters Ali’s life.

Amazon also reveals that Josh “suffers from a harrowing loss” in season 3, which could be in reference to Raquel’s (Kathryn Hahn) miscarriage from last season, or maybe something happens to his son with his former nanny. 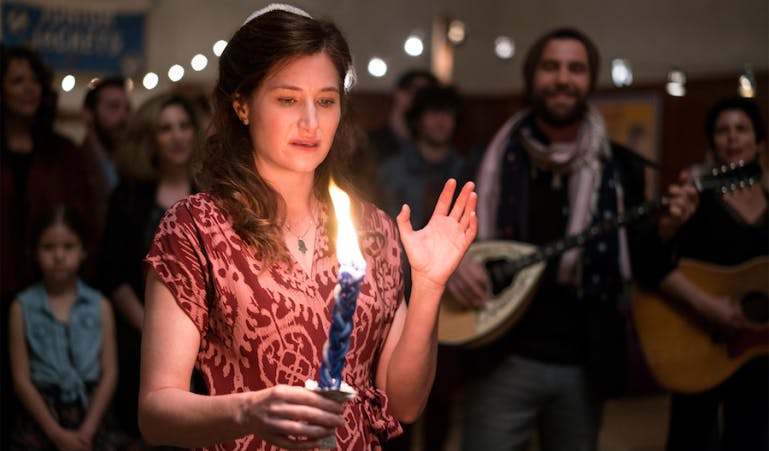 Seeing Raquel’s image boldly featured in the press kit made us yell, “Mazel!” Her character didn’t necessarily have to stick around for season 3, but we are so happy that the writers found a way to keep her involved. A female rabbi is such a unique vocation for a TV character to have and her role as the family’s go-to person for advice in times of need seems to be something Sarah is about to take full advantage of.

Sarah is still a hot mess, doing what the Pfefferman family does best— getting involved in random projects in order to avoid their own problems. She “creates an East side religious movement,” and based on Sarah’s past actions, and her fleeting sense of commitment to anything or anyone, we fear how her working relationship will end with Raquel. Most likely with Raquel getting screwed over, and Sarah only lamenting over how another failed venture affects herself, and herself only.

Truly stepping out her shell during this upcoming season appears to be Shelly (Judith Light). She looks more beautiful than ever in this photo, which leads us to believe her relation with Buzz (Richard Masur) is still going well, and that she’s embracing this new stage of romance and self-discovery late in life.

During season 3, all paths will lead to a family vacation to Mexico, which has disaster written all over it. Will unspoken truths and dark secrets come to light? We’re guessing it’s an impromptu destination wedding for Shelly and Buzz.

Joyous gatherings in the Pfefferman family are cursed. Whether it’s a funeral, family dinner, or Yom-Kippur observance, when this family is all in the same room, things tend to erupt. None of them feel the need to put on a facade of normalcy in each other’s presence. They’re family, and it’s always the ones we love who we know will always forgive us for which we treat the worst.

The Pfeferrmans are no different, which is why Transparent resonates with so many people. At the heart of it all, this show isn’t about being transgender or sexuality, it’s about family. The most selfish, self-serving, yet delightfully refreshing modern family ever.