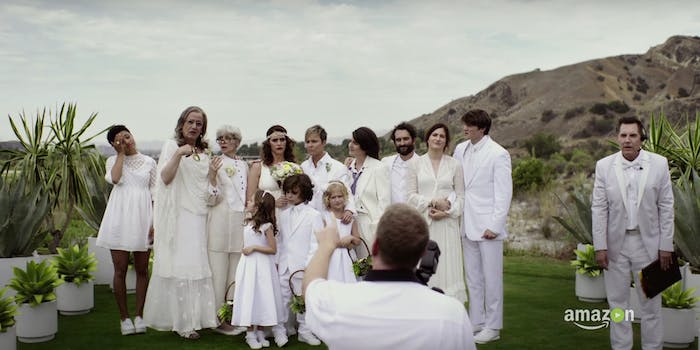 The ‘Transparent’ season 2 trailer is here—and it looks stellar

Amazon released the first trailer for season 2 of its show Transparent today, along with an announcement that the premiere date will now be Dec. 11 instead of the previously announced Dec. 4.

The trailer doesn’t reveal too much, but it looks like there’s an outdoor wedding in store for Amy Landecker’s character Sarah:

The show has already been renewed for a third season.