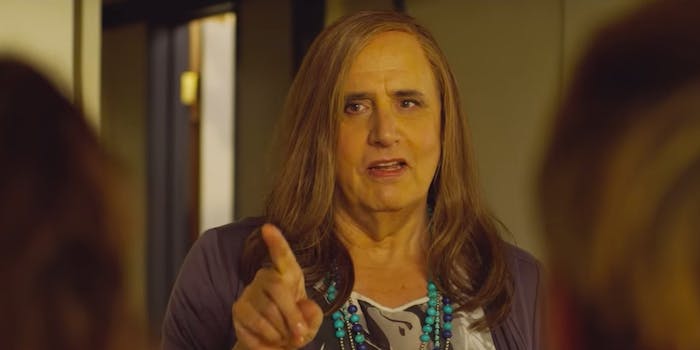 Golden Globe winners dedicate their awards to the trans community

Though there was only one award handed out at Sunday night’s Golden Globes in the category of Best TV Comedy, there were multiple winners.

In honoring Amazon’s Transparent with a Globe, the Hollywood Foreign Press Association gave creator/director Jill Soloway a chance to honor the trans community that inspired her brilliant comedy with a touching speech.

After thanking her family and colleagues, Soloway took a moment to give special mention to the memory of trans teen Leelah Alcorn. The Transparent director dedicated her win to the 17-year-old who committed suicide in late December after leaving a tragic final note on her Tumblr describing her depression and struggle with acceptance. “This award is dedicated to the memory of Leelah Alcorn and too many trans people who died too young,” Soloway said.

Later in the evening, Jeffrey Tambor, who plays Transparent‘s Maura Pfefferman, won for Best Actor in a TV Comedy. The first-time Golden Globe nominee and winner also used his acceptance speech as a moment to honor the trans community with a powerful thank-you.

If you haven’t watched Transparent yet, it’s time to start streaming.