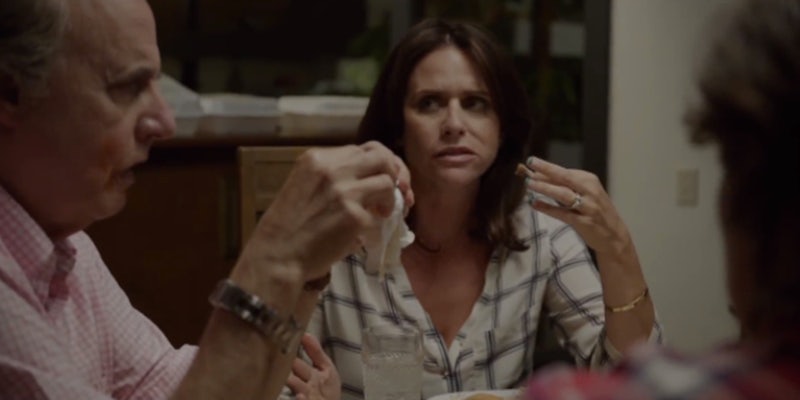 Amazon will let you binge-watch ‘Transparent’ in September

“I think of it like a five-hour movie more than 10 episodes.”

The Netflix model of binge-watching is now spreading to other sites: Come September, Amazon will release an entire season of one of its new original series for your nonstop viewing pleasure.

Of all the shows Amazon is debuting, Jill Soloway’s Transparent is the most anticipated. The show focuses on a father struggling with how to tell his kids—Gaby Hoffman, who’s been great in everything lately, Jay Duplass, and Amy Landecker—that he’s transitioning to a woman. His kids, however, have issues of their own, and it feels like a mirror of Soloway’s former show, Six Feet Under.

When the show debuts in September, viewers will be able to watch all 10 episodes in one sitting. Soloway made this announcement over the weekend, at the TV Critics Association press tour, where she said, “I think of it like a five-hour movie more than 10 episodes.”

The release of Netflix’s original series Orange Is the New Black and House of Cards have become successful events. We all huddle around the digital campfire and offer real-time reviews, and if a show debuts on a Friday, the hardcore binge-watchers are going to have lots of opinions come Saturday. We now binge-watch to keep up, to feel and share something with the virtual room, even if maybe we should just power down already and mute Twitter.

Amazon is going to need that event-status promotion if it wants to compete with Netflix and Hulu, the latter of which has also gotten on board with the binge. If you have Hulu Plus, you can watch all seven episodes of the new original series The Hotwives of Orlando.

They still have Whit Stillman’s The Cosmopolitans coming up, which sounds promising and could likely help Amazon with a breakout hit. That one sounds pretty bingeable too. Do we know any other way?