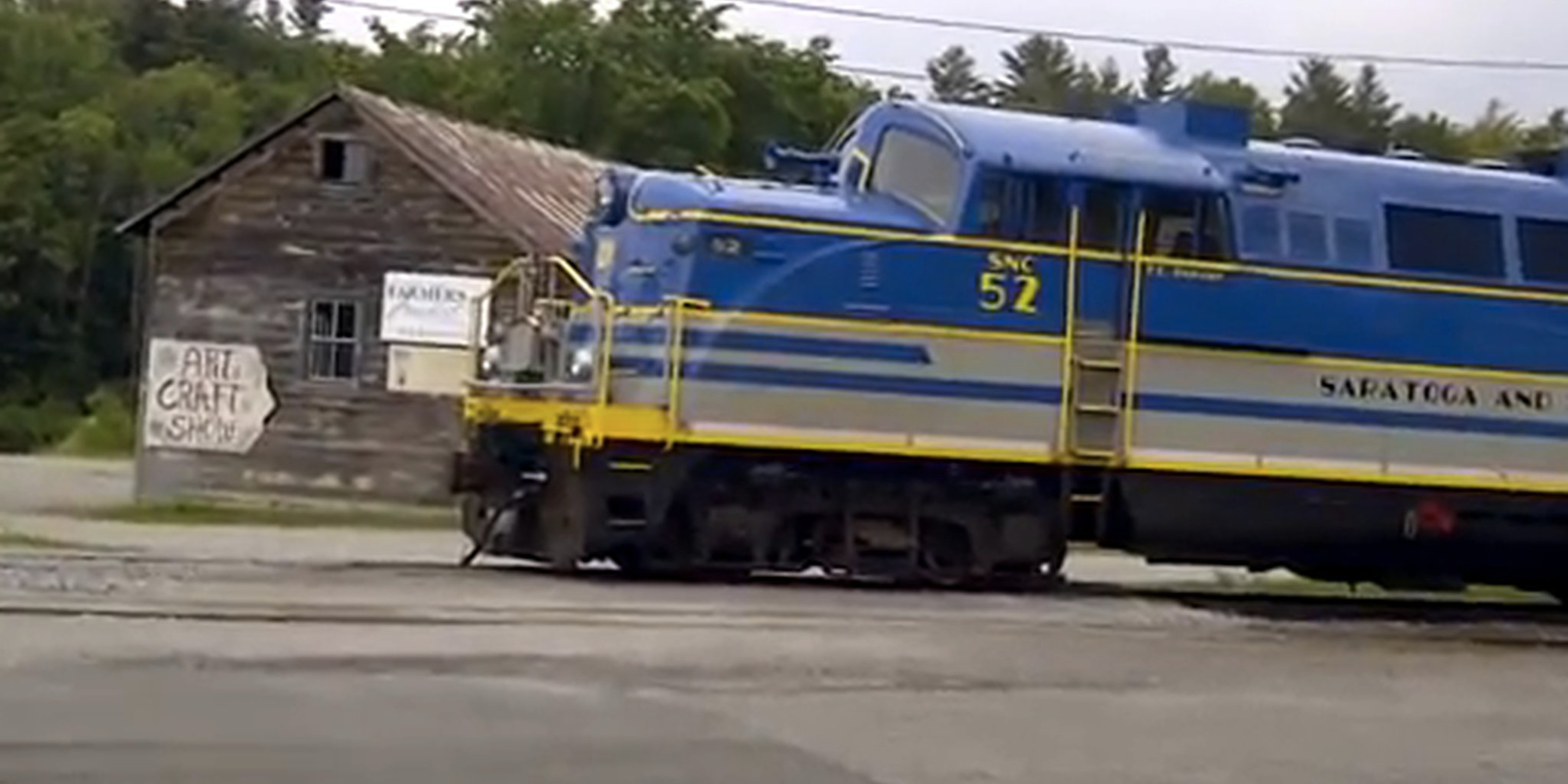 And in the process, it made train fans look a little nutty.

Everyone has a deep, dark secret. A guilty pleasure if you will.

And videos like “Excited Train Guy, New York” make me a little hesitant to admit my hobby, although for full disclosure, I will. I’m a railfan. However, unlike the train fan who went “off the rails,” as Gawker so eloquently put it, I’m a normal member of society.

The “Train Guy” video went viral on Thursday, and it was spread across the Internet like wildfire. Unknown to most however, the video is itself a spoof. The original “Excited Train Guy” video was posted in February and was viewed more than 170,000 times. It was even picked up by Tosh.0 later in the spring.

At this point, you may be wondering why the heck this guy is so excited about the everyday occurrence of a passing train. Well in this case the train has a “heritage unit,” which is basically a locomotive painted in a retro paint scheme. The engines are so popular that entire websites and smartphone apps have been created just to help people find one.

When YouTube user Trainsandhawks17 caught his first “heritage unit,” he unwittingly set into motion the creation of a whole series of video spoofs—people getting overly excited for everything from a heritage unit to pumping gas. It’s even funnier when done in a Maine accent.

The original video gained hundreds of comments and many comparisons to the now iconic Double Rainbow Guy. Some of the comments were supportive of the shooter’s enthusiasm, while some railfans were just embarrassed.

“Calm down dude it’s a train! And railfans wonder why most railroaders hate railfans,” wrote metraF40PH163

“I have absolutely no interest in trains. That said, there’s something﻿ so endearing about how awestruck this guy is. I’m glad he got to see something so special to him!” wrote mauraofdunlath.

One guy who’s not embarrassed by the enthusiasm is the original shooter, who’s still excitedly shooting videos of passing trains—and even that special “heritage unit” he saw this winter.