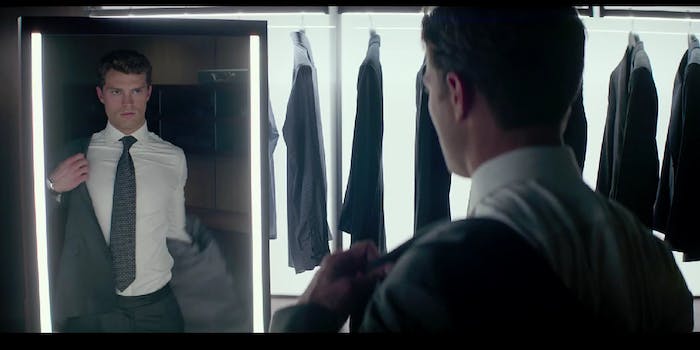 Is it Valentine's Day yet??

The trailer for the upcoming film adaptation of Fifty Shades of Grey touched down on American soil Thursday like a halftime parachuter landing at midfield who then gives America the bird and slips on his aviators.

Not two… not three… not four… not five… not six… not seven… 50 shades, motherfuckers. Watch the trailer below.

Oh the main dude’s last name is Grey? This just got real.