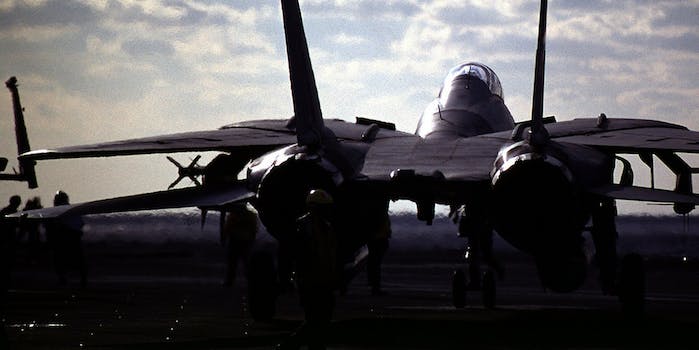 Some maniac is tweeting the film ‘Top Gun’ frame by frame

The painstaking dissection of a beloved blockbuster.

The Twitter account @555uhz, poised to become one of the greatest Internet mysteries of our time, has a fairly simple schtick: It doesn’t follow anyone, and every half hour, it posts a still from the 1986 Tom Cruise fighter-pilot drama Top Gun. These aren’t random screengrabs, either—they’re in chronological order. The results are mesmerizing.

Due to the movie’s content (which some have called homoerotic), as well as the nature of subtitles and sound editing, some oddly delightful freeze-frames and juxtapositions occur.

It’s not too late to start following this experiment. As of writing, we’re less than 20 minutes into the film’s running time. (For those quite familiar with it, we’ve just gotten to the bar scene.) Will whoever’s behind the account reveal themselves after the credits roll, or will they just put on the next movie? Either way, they can be my wingman anytime.