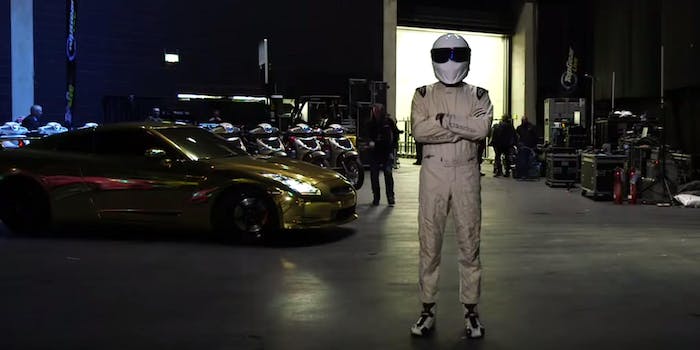 Did this Netflix exec just imply that Top Gear's star presenters are overrated?

The British car show has a cult following, prompting a huge public outcry when presenter Jeremy Clarkson was dropped by the BBC earlier this year. Along with his former co-hosts Richard Hammond and James May, Clarkson has now been hired to make a new show for Amazon, but Netflix’s Neil Hunt told Digital Spy, “Clearly it wasn’t worth the money to make the deal. … I think they sold themselves for way more money [than they’re worth].”

“Clearly it wasn’t worth the money to make the deal.”

Amazon is believed to be giving the three former Top Gear presenters a £160 million ($242.7 million) budget for 36 episodes, beginning next year. Meanwhile, Top Gear itself will continue on the BBC with a new presenter, radio DJ Chris Evans.

Hunt said that for a deal like this one, Netflix’s decisions tended to be “somewhat data-driven,” implying that he just didn’t see evidence of an audience to justify such a big payout. Since Netflix already controls the streaming rights for several of Top Gear‘s existing seasons, his comments suggest that the show may not be as popular as people believe. Then again, he could just be expressing some lingering bitterness over Netflix being outbid by Amazon.

The question now is whether Hammond, Clarkson, and May have the star power to launch an entirely new show on their own—presumably in direct competition with the BBC’s revamped Top Gear.