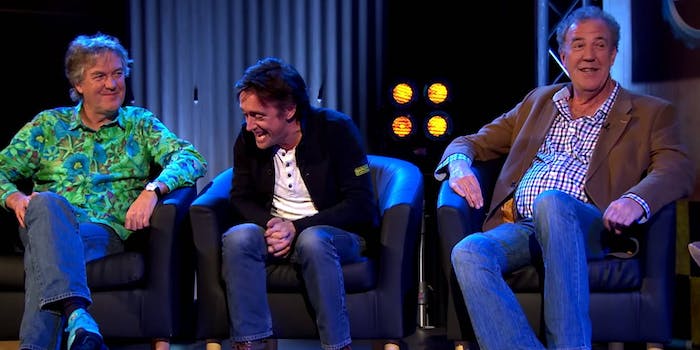 The world does really feel like it’s stuck in second gear since we learned that the current iteration of Top Gear will be coming to an end.

At least one fan was able to look past the “fracas” and capture what made the show so great: the rapport between the three hosts.

If this video wasn’t already fitting enough, it must be noted that the current “Star in a Reasonably Priced Car” hot lap time record belongs to Friends star Matt LeBlanc.