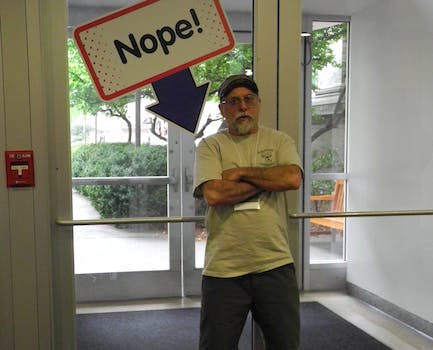 If he gets tired of taxidermy, Testa might have a future as a lounge lizard.

During his ROFLcon panel, “Life After the Meme,” Chuck Testa of Ojai Taxidermy kept the audience tittering with his numerous one-liners and jokes. The following are a few of our favorites.

When asked what Testa has in his future, he said he is filming a commercial for a product that “helps you crap.” He calls it:

Most viral video stars experience a type of paparazzi effect. During Testa’s turn to respond on this phenomenon in his life, he replied with:

“My estranged family loves me now.”

After Testa complained that he gets 50 phone calls a day, an audience member suggested he get a new phone line. He retorted:

(Testa later clarified his answer with “I’ve had the same phone line for 25 years.”)

Due to his Internet fame, Testa now finds himself the world’s most famous taxidermist, much to the chagrin of his peers. (Taxidermy is a competitive and ego-driven field, Testa explains.) “Who will stuff you when you die?” asked an audience member.

“Hopefully, not one of my friends.”