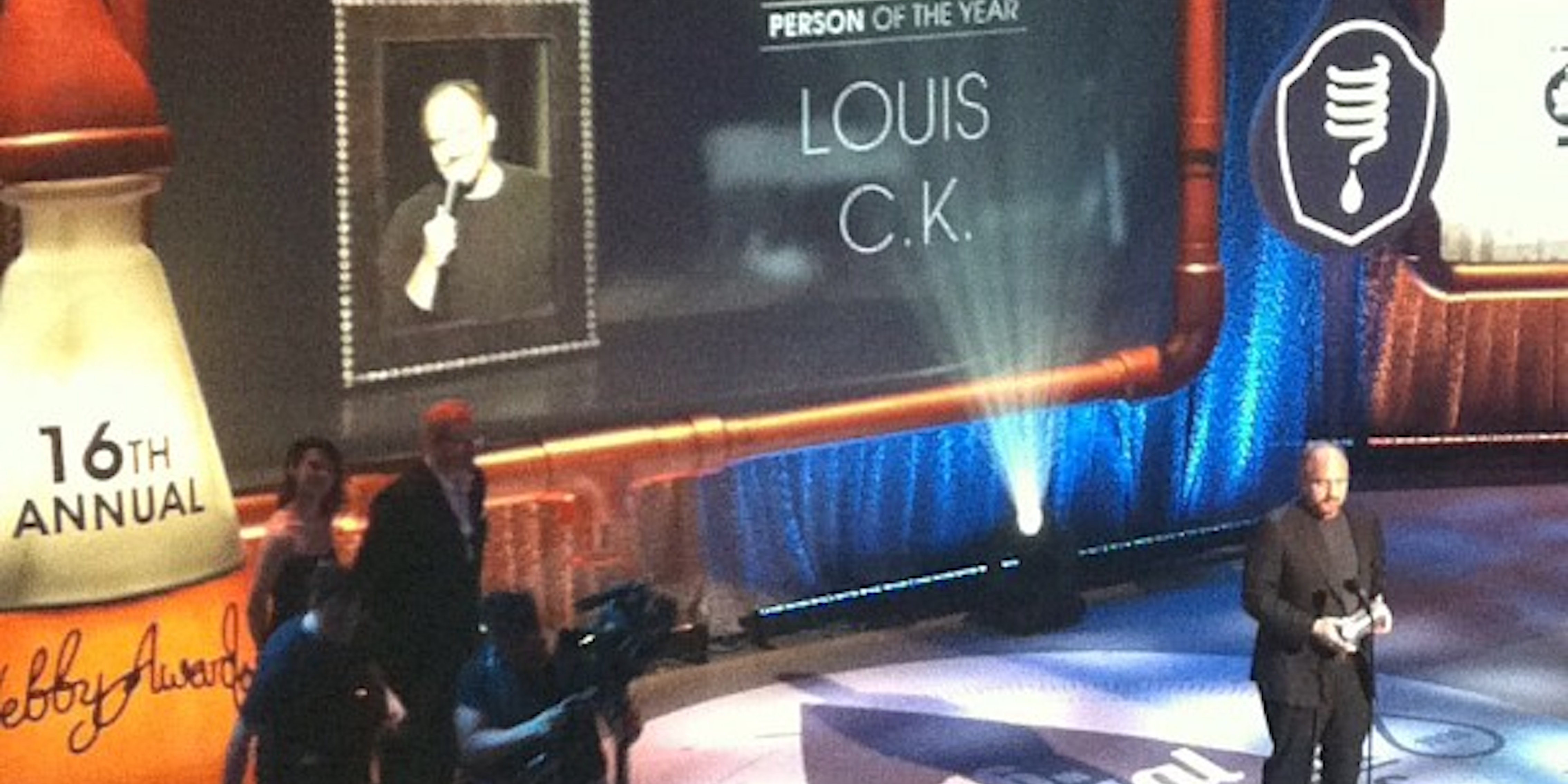 The Daily Dot watched the Webbys so you didn't have to. Here's what was worth remembering.

With an understated dress code, free-flowing cuss words, and five-word speeches tailored to Twitter-era attention spans, this show was no Oscar ceremony.

However, it wasn’t without a few moving, glitzy, and funny highlights worth rewatching. Here are the Daily Dot’s top 10 moments.

The NYC mayor (and recent GIF star) exchanged a quick hug with the  the Tumblr founder before Karp awarded him his Lifetime Achievement Award.

Lee asked the Knicks point guard to join him on stage while presenting another award, surprising the audience. Lin took the time to thank fans for making him a Twitter sensation.

“Internet fans, I love you, thanks,” Lin said in what might be the Webby’s first six-word speech.

How did the ghost town known as Google+ win anything with “people” in the title? Observers on Twitter weren’t sure either.

“people choice award for social media goes to google+. who are these people? #webby,” @maddie_gasp tweeted.

Dreyfuss, the voice actor in Jobs’ “Think Different” commercial, honored the late innovator with a story about how fitting the slogan was for Jobs. His acceptance speech significantly overran the five-word speech limit, but his final five words served as a good expalnation:

“The exception that proves the rule.”

6) Cracked brings its own trophy

Despite host Patton Oswalt’s joking protests, the Cracked team brought its own enormous trophy in place of its People’s Voice Webby for Best Humor Site. “Bigger than Bloomberg’s,” the staff said, feigning to measure the trophy.

We wouldn’t expect the Icelandic artist to wear anything less than what appears to be a ball of yarn on her head to accept her Artist of the Year Webby. Cryptic but fitting, her five-word speech was a recitation of the English vowels.

In one of the show’s most emotional moments, Sands accepted the Webbys the museum won for its Remember Me project. Sands was one of the Holocaust survivors identified by the crowdsourcing project.

“Thank you for remembering me,” Sands said simply.

In a move that would make Kanye West proud, Blake Boston, in character as his namesake meme Scumbag Steve, rushed on stage to steal Nyan Cat creator Chris Torres’ Webby right out of his hands. Unfortunately, the joke was hastily timed and confused the audience at first.

“That was awkward,” Oswalt remarked.

The show concluded on a surreal note when the larger-than-life comedian and Reddit hero accepted his Webby with a reminder of viewers’ own mortality.

Photo by The Webby Awards