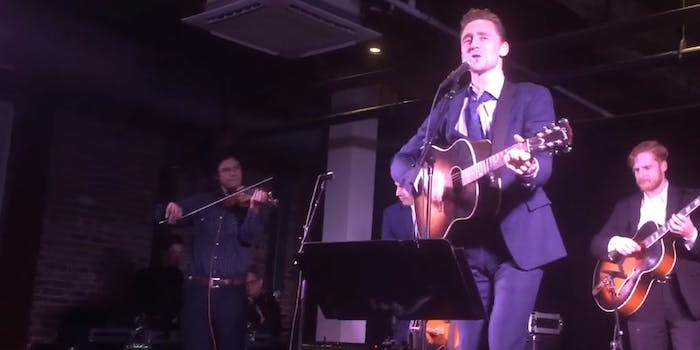 His Southern accent holds up pretty well, even when he's singing live.

Tom Hiddleston has three awesome-looking movies coming out over the next few months, including Crimson Peak. Yet somehow, we still haven’t reached Hiddleston saturation point.

I Saw The Light stars Hiddleston as country music icon Hank Williams, a role that required him to replicate Williams’ mid-20th century Southern accent. After the film’s premiere in Nashville this weekend, he treated the cast and crew to a live performance of some of Hank Williams’ best known songs. The accent holds up pretty well.

Turn down the charm, please, Mr. Hiddleston. This is too much.