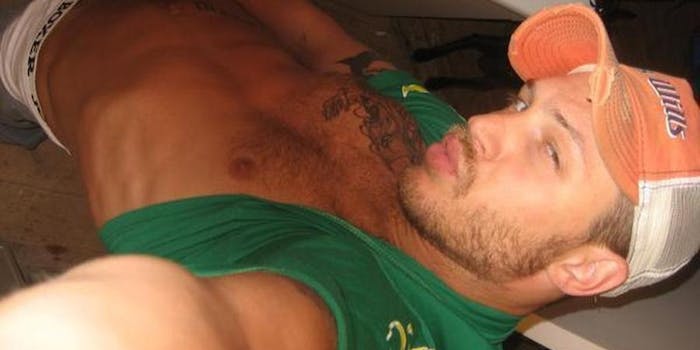 Tom Hardy could not be more chill about his old, NSFW Myspace photos

He's had a decade to embrace his love of selfie culture, and he's all the better for it.

The A-lister knows exactly where to prioritize his cringe-worthy selfies on his long list of stellar moments in the limelight. These include taking his dog to the recent premiere of upcoming gangster film Legend, in which Hardy plays identical twins. It also includes the famous meme, “some people just want to watch the world burn,” an immortal line said not by Bane but by Hardy himself in an interview for The Dark Knight Rises. Then there’s his recent Dubsmash pwnage, during which he posted perfect 50 Cent covers.

Is it any wonder Hardy, who’s rumored to be the leading choice to play James Bond (sorry, Idris fans), can’t be arsed to find his still-circulating 2005 and 2006 selfies all that embarrassing?

“I’ve got no shame about my Myspace photos, especially the one of me in my underpants which is a glorious photo of a man in his natural habitat,” he told SkyNews earlier this week.

“I might not be an Adonis, but I like to think of myself as an Adonis in that photo.”

Ahem. Let’s revisit the photos in question, shall we? 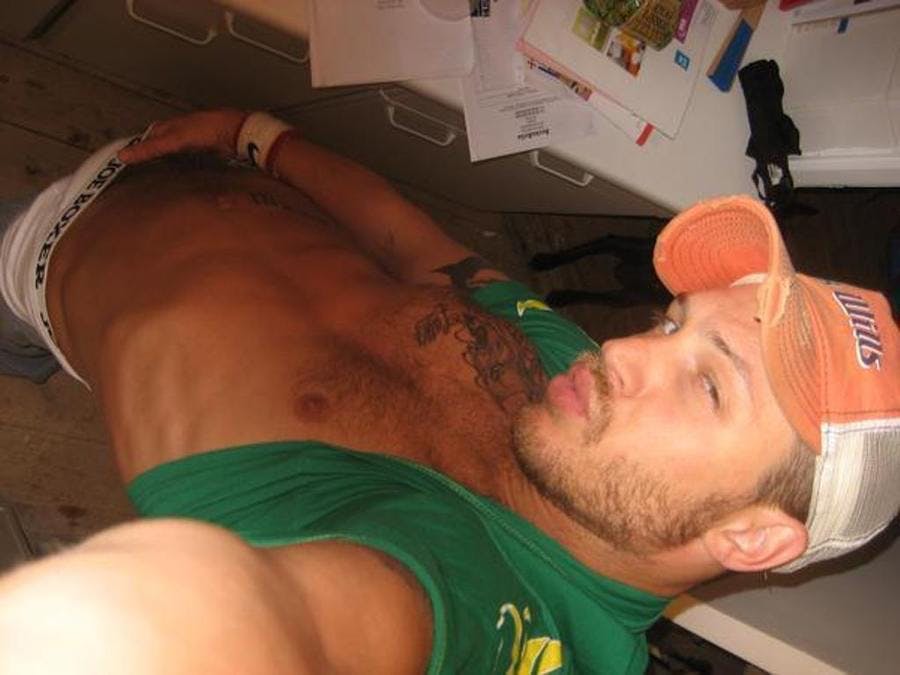 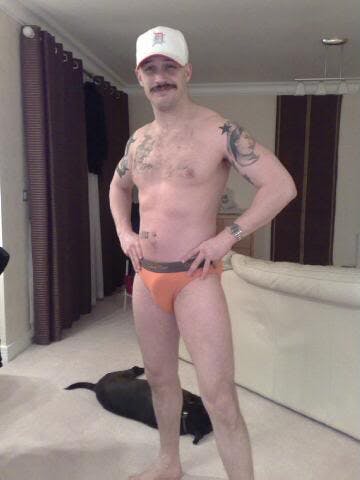 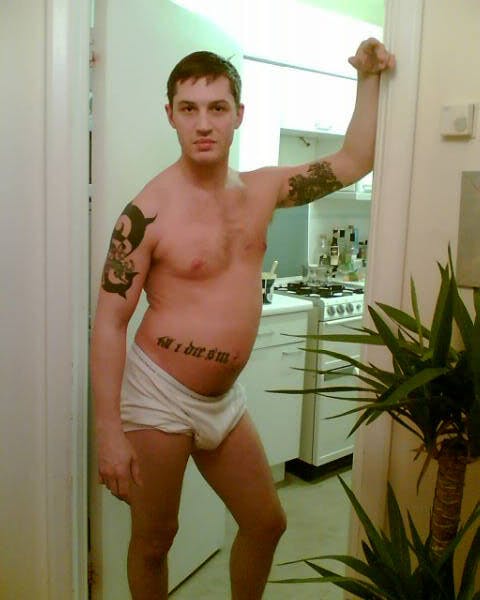 OK, so he won’t be winning any modeling contests with these photos—though Hardy did win a modeling contest early in his career. But Hardy is clearly still owning his selfie game, judging by his frequent updates to fan website TomHardy.org. Here he is posing last month with his mum:

And here he is showing off his beard in July:

On the subject of Bond, Hardy hedged, refusing to confirm or deny rumors that he’d been approached for the part. “I think anybody would consider doing Bond, wouldn’t they?” he told Sky News.

Judging from his previous sky gig as scene-stealer Eames in Inception (I love him so much favorite character ever please universe never stop letting Tom Hardy wear suits and flirt with teammates and shoot things), Hardy would undoubtedly make an excellent Bond. But we have to note that if he does get cast in the role, it would make writer Anthony Horowitz’s criticism of popular black British actor Idris Elba as being too “street” for the role even more absurd:

I would be the most overjoyed human alive if Tom Hardy becomes the next James Bond, and he would be UNBELIEVABLE. But come the fuck on:

If Idris Elba is too street to play James Bond, then Tom Hardy is an unpaved gravel strip used for demolition derby

Tom Hardy literally stole a car once in his teens to go joyriding in. Nobody's questioning his authenticity to play James Bond

While the media has yet to get over Hardy’s Myspace photos (even though they’ve been circulating the Internet for years), we applaud the attention it continues to bring him. Especially because there’s one other arena where Hardy surpasses most of his fellow A-list actors: supporting feminism.

It would be nice if we heard as much about that as we did his baggy underpants.