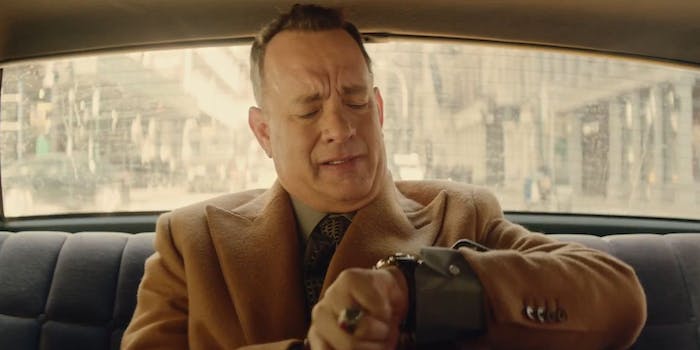 Justin Bieber's in there too.

There’s a lot to love about Carly Rae Jepsen’s just-released music video for new single “I Really Like You.” The song is catchy—with more than 3.5 million YouTube views in less than a week, the world seems to agree—and it stars a man who has two Oscars and six Emmys on his mantle.

Taking a step back from his more dramatic, award-worthy performances, the always lovable Tom Hanks takes over singing duties for Jepsen in her new vid. Well, it’s more like lip-synching, but if you can convince yourself that Hanks’ voice has been replaced by that of the 29-year-old Canadian pop singer, the illusion will be complete.

Hanks eventually meets up with Jepsen towards the end of the video, and there’s even a short cameo by the one and only Justin Bieber. It’s a music video that definitely spans the full gamut of tastes, and there’s something for everyone.