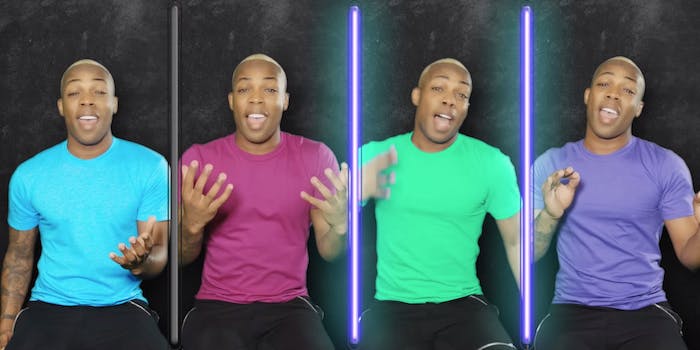 Just wait for that harmony.

It’s the next level of Queen Bey worship.

Todrick Hall, whose earworm covers make us want to sing along, managed to squeeze every single Beyoncé song across five albums in a smooth medley. Superfruit did a similar Beyoncé medley last year (but 5 minutes in length), but instead of picking which one is better, we’re going with the “Why not both?” approach.

It’s jampacked 4-minute medley with himself. He does all of the chords, the choreography, and syncs it up so it turns into something just as flawless as Beyoncé herself. But what’s with all the fours? Let Hall explain.

“This took four single take performances of memorizing four different sets of lyrics & choreography (ironically this was filmed in four hours), and is exactly four minutes in length because of Beyoncé’s connection to the number 4,” Hall wrote in the video description.