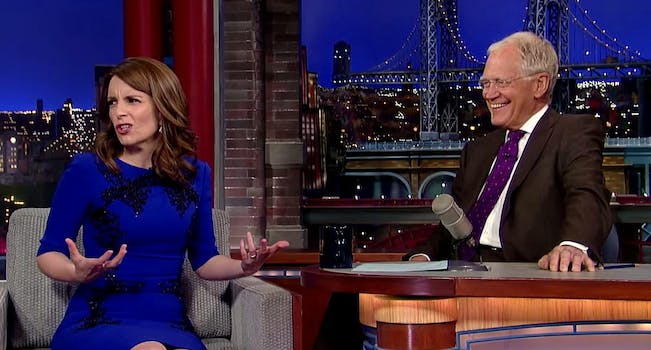 Now that's how you start a hashtag.

Last night, as part of her final appearance on The Late Show With David Letterman, Tina Fey revealed what’s really under most women’s dresses: Spanx.

As a tribute to the departing host, Fey offered Letterman her dress after stripping down to a very special edition of the body-shaping undergarment. Fey employed the two-layer Spanx approach, a smart move on her part. She also knows how to start a hashtag.