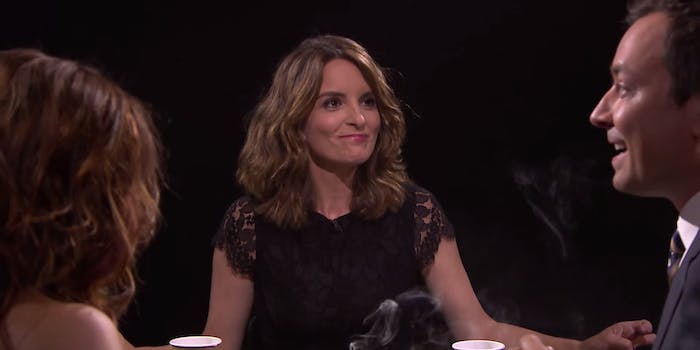 Jimmy Fallon, Tina Fey, and Amy Poehler try to fool each other with fake stories

It's a game of wits taken to the max.

Can three friends who have known each other for decades fool one another?

Jimmy Fallon, Tina Fey, and Amy Poehler played “True Confessions,” a game in which they each told a story and the other two had to guess whether they were lying or telling the truth.

We’re impressed at how much detail each of them included, regardless of whether or not the story was real. The key is in the details—especially for the tales that are true.

Fey and Poehler may play sisters in the upcoming movie Sisters, but somebody also needs to give them a cop show ASAP.