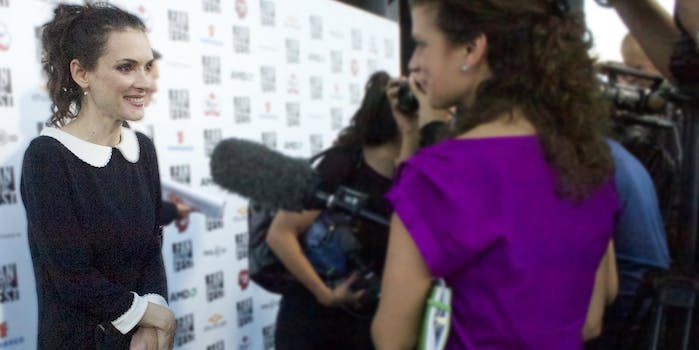 Photo via annaustin/Flickr (CC BY 2.0) | Remix by Fernando Alfonso III

Tim Burton confirms Winona Ryder will be back for ‘Beetlejuice’ sequel

After months of ambiguous whiffs, Tim Burton has confirmed that a Beetlejuice sequel is moving forward.

Beetlejuice, the 1988 film starring Michael Keaton as a lecherous ghost and Winona Ryder as a death-obsessed teen, has become one of the cult hits in Burton’s canon, but the idea of a sequel hasn’t been met with widespread enthusiasm. As of October, Burton didn’t even have a script yet, though Keaton had said he was on board.

Of course, this is awfully convenient for Burton after the success of Birdman, a film that placed Keaton back into the meta-text of Batman. The Beetlejuice sequel has apparently cleared another hurdle, as Ryder is also on board.

Tell us what we really want to know, Burton: Is Jeffrey Jones coming back?