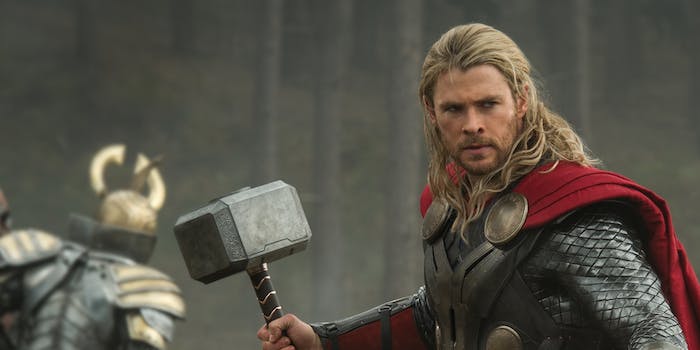 The Avengers are totally going to celebrate defeating Ultron with a bar crawl, right?

There’s no way Chris Hemsworth could host SNL without a Thor sketch, so the Australian actor donned his wig and armor for a no-doubt realistic scene from Avengers: Age of Ultron.

The sketch sees Hemsworth play Thor as a drunk party bro taking selfies with New Yorkers after defeating Ultron. Considering that final shawarma scene in The Avengers, the idea of a post-Ultron party doesn’t sound too far off the mark.

We’re hoping this sketch isn’t too accurate, though, since Black Widow and Hawkeye are both missing, and Thor mentions that he’s broken up with his girlfriend Jane. Say it isn’t so!