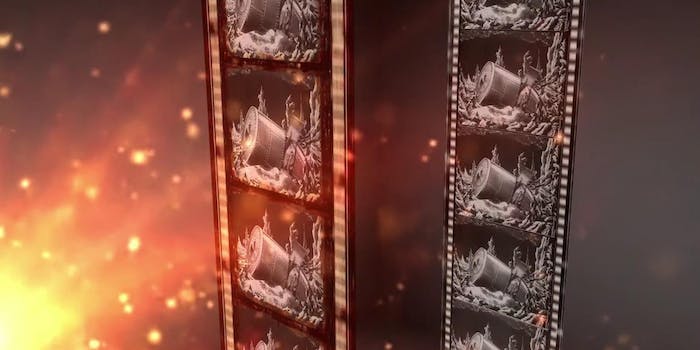 How movie piracy can trace its roots back to Thomas Edison

CineFix proves Edison was an even worse person than you previously thought.

Ever since digital technology advanced to a stage that made sharing large video files over the Internet—with relative anonymity—an incredibly easy thing to do, the film industry has been engaged with a seemingly never-ending battle against those who pirate motion pictures.

But the battles go a bit further back than that, with people hawking bootlegged videotapes of major blockbusters on street corners.

Actually, if you want to dig really deep into the whole piracy thing, this episode of CineFix’s Film School’D, “Did Thomas Edison Invent Film Piracy?!?,” shows that the battle is actually as old as the birth of motion pictures themselves, with the greatest pioneer of it being none other than the inventor of the electric lightbulb himself.

It’s widely known that Edison was a bit of a thug when it came to his work with his patented direct current electricity, going so far as to electrocute a dog and an elephant (warning: not an uplifting video), to prove that Nikola Tesla’s (probably superior) alternating current method was dangerous, and ultimately driving Tesla’s currents out of the country with a massive propaganda war.

So, it probably shouldn’t come as much of a surprise that Edison wasn’t exactly the nicest fellow with his involvement in the burgeoning film industry, either.

According to this episode of Film School’D, Edison sought a comprehensive monopoly on any and all technology associated with motion picture cameras, and he even succeeded to hold that monopoly for a while—even while he was copying negatives of others’ films (including those made overseas), stamping his name on them, and profiting heavily from them.

Eventually, Edison would form “The Trust,” which was a group of fellows seeking to enforce Edison’s patents and block the use of any camera in the country that was rolling without his consent. The Trust would go on to hire armed goons to bust up film productions by firing bullets into their cameras.

According to Cecil B. DeMille, some of these goons hired by The Trust made multiple attempts on his life, which resulted in his riding a horse to work every day, with a loaded revolver at his hip, and keeping a wolf in his house for protection.

As Edison was based in New Jersey, every top filmmaker ultimately fled to Hollywood to be as far from him as possible. So, we can thank Edison’s madness for Hollywood being the hub of American film that it is today.

It’s great that you invented the incandescent bulb and all, Edison, but wow, were you ever a horrible person.