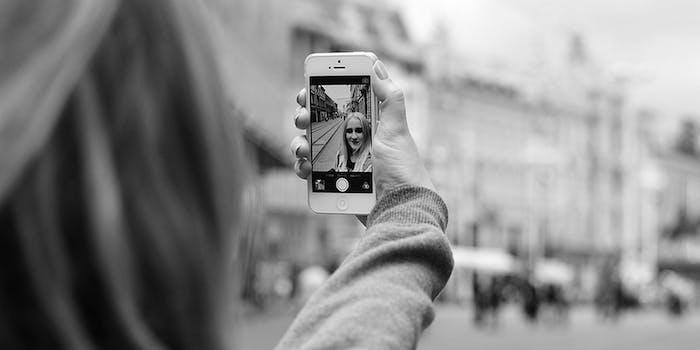 Photo via Pasko Tomic/Flickr (CC BY 2.0)

theAudience: Selling you products, one Internet celebrity at a time

Product placement may sound like selling out, but for many of today’s Internet celebrities, it’s just another part of the job.

Product placement may sound like selling out, but for many of today’s Internet celebrities, as well as the company representing them, it’s just another part of the job.

A new article by the New York Times Magazine reports on theAudience, a relatively under-the-radar organization based out of Beverly Hills that pairs microcelebrities, or Influencers, with different brands and corporations. The Influencers are paid hundreds, even thousands of dollars to include other brands in their own personal brand. These can include taking a selfie wearing a certain company’s clothing, using a hashtag for a film or product, or simply talking about the Olympics with a tagged sponsorship from McDonald’s.

According to journalist Taffy Brodesser-Akner, theAudience is one of the main driving forces behind getting electronic dance number “#Selfie” on the Billboard Top 10. The song, which was originally posted as a joke by the Chainsmokers, went viral thanks to dozens of Influencers, as well as thousands of their followers and fans, posting selfies with the hashtag #LetMeTakeASelfie.

“Owing to the shameless logic of social media, coupled with the glory of proximity to fame, anyone who had a selfie in the video Instagrammed it, tweeted it, Facebooked it, the works,” Brodesser-Akner writes. “It was a song making fun of selfies and over-promotional sharing that included and relied on selfies and self-promotional oversharing for its success.”

TheAudience also does social media promotion for more “traditionally famous” celebrities, like Hugh Jackman, Russell Brand, and Charlize Theron. However, CEO Oliver Lucker and his employees utilize the company’s network of social media Influencers to do part of the work for them. The Influencers are invited to red carpet events, parties, and other promotions where they, predictably, post tweets and take selfies with other Influencers.

There are even special get-togethers, called #whatever parties, that are specifically designed to do nothing more than help Influencers grow their followers with each other, which theAudience in turn uses to help grow the brands wanting to do business with them.

Product placement and promotion are nothing new with media, whether it’s Peter Pan Peanut Butter sponsoring early Disney programs in the 1950s or the Nissan Rogue that was shamelessly plugged into an episode of Heroes in 2007. While those promotions were, for the most part, successful, times have changed. Many companies are now turning to YouTube, Twitter, and other social networks, saying one of the biggest draws is that they “last forever,” instead of disappearing after one time slot.

However, when the line between Influencers and audience is so thin that there’s practically nothing between them, it can be harder to seem genuine if that celebrity is secretly, or not so secretly, peddling products.

“Long ago, artists would have been considered sellouts for calling themselves brands, to say nothing of partnering with corporations,” Brodesser-Akner writes. “Here, though, the artists weren’t just seeking out brands that suit their personal brands; they were positively open about it.”

For as successful as theAudience is making its Influencers and products, the company itself is still largely unknown. In fact, the company that specializes in growing social media audiences has fewer than 5,000 likes on Facebook and just about 2,300 followers on Twitter. One of its most recent tweets? Celebrating 1 million views for a living room-style music video starring Internet celebrities Lia Marie Johnson and Liam Horne. Horne is part of the Influencer network at theAudience, and some of his videos have been produced by the company.

Johnson, meanwhile, is getting ready for the Sept. 22 debut of Life’s S.o. R.a.d., a four-part YouTube series starring her and others at AwesomenessTV. It’s based on a line of juniors clothing by Kohl’s, which is sponsoring the series. Kohl’s is also encouraging viewers to check in using the hashtag #sorad.

For a more in-depth look at theAudience and its mechanics, see the full article in the New York Times Magazine.