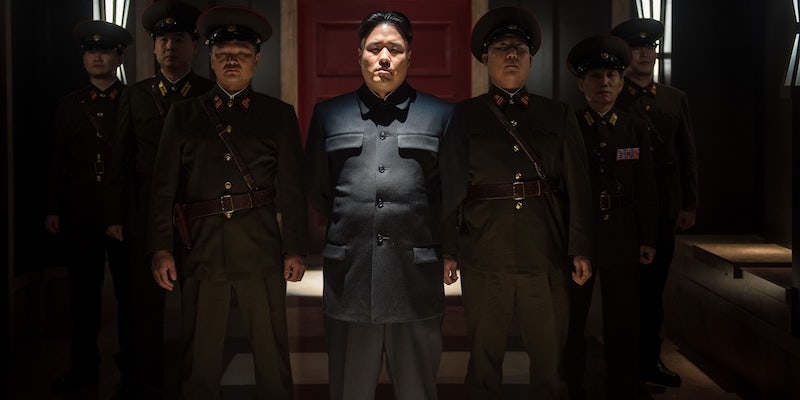 Cinemark, AMC, and other major theater chains drop ‘The Interview’ after terrorist threat

The hackers have won.

The four largest theater chains in the United States have pulled showings of the Sony film The Interview after hackers threatened a massive terrorist attack as a reprisal for the film’s premiere.

Earlier on Wednesday, Carmike Cinemas canceled its showings of the movie, following a decision by Sony Pictures Entertainment, which is still reeling from a massive hack, to let theater owners decide how to handle their respective screenings.

Southern Theatres and ArcLight Cinemas, two large regional chains, have also declined to show the film in their theaters.

The companies’ decisions were met with universal condemnation, especially given the fact that the Department of Homeland Security (DHS) announced on Tuesday that it had “no credible intelligence to indicate an active plot against movie theaters within the United States.”

so, I guess the 'terrorists' really did win?

The Interview is about two men, played by Rogen and Franco, who are recruited by the CIA to assassinate North Korean dictator Kim Jong-un. The Guardians of Peace, the hackers who threatened a massive reprisal if the film premiered, may be connected to the North Korean regime, although the government in Pyongyang denies any involvement.

The FBI is still investigating the Guardians of Peace. Reached for comment yesterday regarding the threat, an FBI spokeswoman would only confirm that the “investigation is ongoing.”

The attack on Sony’s motion-picture division, which has spilled terabytes of the studio’s emails, memos, and financial documents onto the Internet, is one of the most sophisticated and far-reaching security breaches in corporate history. Journalists have pored over leaked documents for clues to the company’s plans and insight into its past decisions. In response, Sony’s legal team threatened those journalists with prosecution.