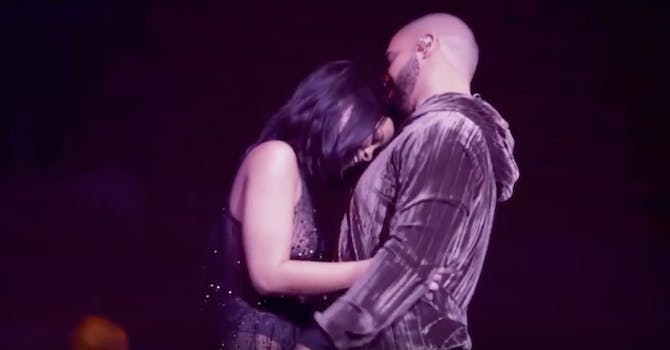 The xx turns Drake and Rihanna’s ‘Too Good’ into a forlorn, soft jam

The London trio's new album 'I See You' is out Friday.

On the back of the much-anticipated release of excellent third album, I See You, English indie rock and electronic band the xx this week covered Drake and Rihanna’s duet “Too Good” for BBC Radio 1’s Live Lounge.

Our third album “I See You” is out today! pic.twitter.com/XLyVuyFax9

The London trio initially burst onto the music scene in 2010, with their Mercury Prize-winning debut. The sparkling new record, out Friday, features the critical darlings thrusting forward in arena-ready bombast—the creation of which gave producer and leader Jamie xx, coming in hot on his own accord, some pause in his sample choices for the project.

Why Jamie xx started thinking differently about which songs he chose to sample on @the_xx’s new album, I See You. https://t.co/rHGWnZctOR pic.twitter.com/TJ2BHf9oQp

“We love this song,” said guitarist and vocalist Sim. “We have taken it to a different place—it’s maybe not as danceable, but we hope you enjoy it.”

On the program, in support of the new project, they also performed their lead single “On Hold.”

An April 14 date at Coachella commences their North American tour, which extends through May.