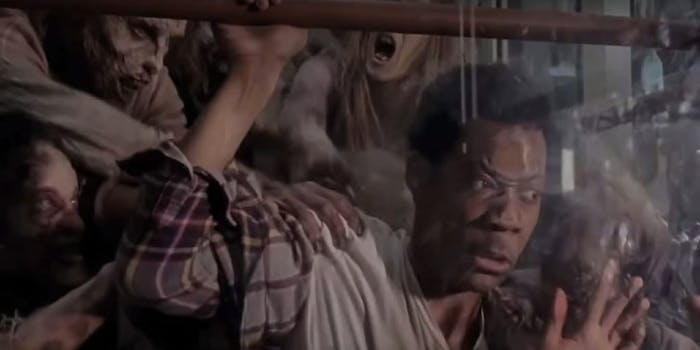 Rick Grimes is totally a Ross.

Nobody told Rick Grimes that life was gonna be this way—because how could anyone have predicted a zombie takeover?

The Group in The Walking Dead is so much more than a family at this point. They’ve killed Walkers and humans with evil intentions together, they’ve mourned every death, and they’ve warily welcomed new people into that dynamic. So it’s no surprise that this upgrade to The Walking Dead‘s instrumental theme song fits so well.

Somebody needs to build a Central Perk in Alexandria ASAP.

Screengrab via The Woodcreek Faction/YouTube