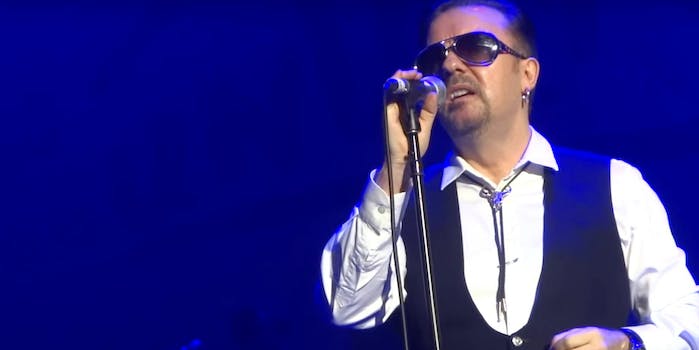 Jump on the free love freeway.

A spinoff to the original U.K. version of The Office has long been rumored, and today star Ricky Gervais confirmed it’s coming to Netflix.

The mockumentary David Brent: Life on the Road has been acquired by the streaming platform, Gervais announced today on the Opie with Jim Norton radio show. The series follows The Office‘s cringe-inducing boss David Brent (played by Gervais) as he takes off on the road with his band Foregone Conclusion, a storyline that originated in the first season of the show. The band has actually played real gigs.

The film will debut on Netflix after the theatrical release, though a U.S. date has not yet been set.