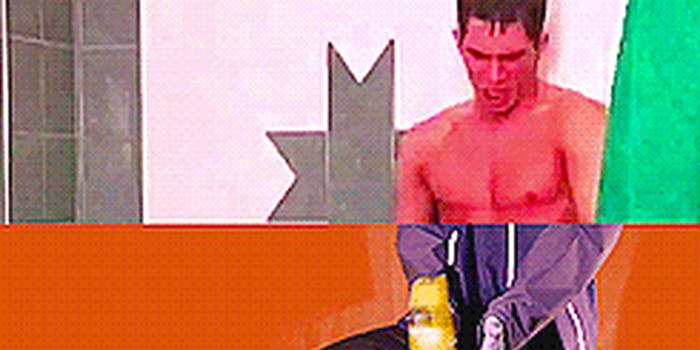 It’s members-only at the exclusive fraternity known as The Aikiu.

The French pop phenomenon has hit it big with its video for “Pieces of Gold,” with 130,362 views on DailyMotion, where it was originally uploaded. It’s got a mind-blowing (for French pop) 616,891 on YouTube. Sure, it’s a good song and all, but it’s possible it has something to do with the bit players, so to speak.

The synchronicity between the two is shocking, thrilling, gob-smacking, and intensely satisfying. Victor at the NoCoffeePlease Tumblr has transformed the video into this seminal GIF set, and counts 104,615 likes, reblogs, and other notes so far.

That’s what we call a happy ending.