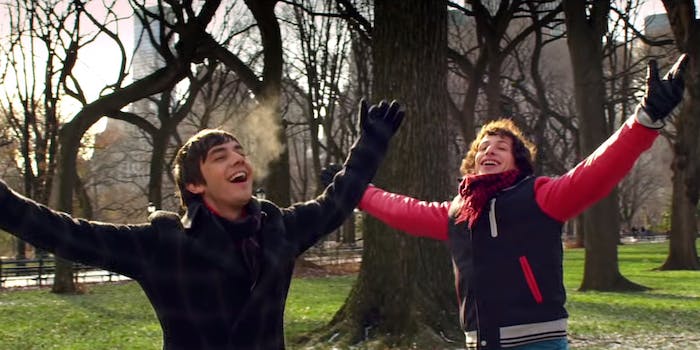 The Lonely Island get their own movie

There's something even better in that box.

The men of Lonely Island are doing the creep towards the big screen.

The comedy trio of Andy Samberg, Akiva Schaffer, and Jorma Taccone are developing an untitled movie with Universal Pictures, The Wrap reported. Schaffer and Taccone will co-direct the film, while Judd Apatow has signed on as a producer

The Lonely Island became a household name on Saturday Night Live, with Samberg on the cast and Schaffer and Taccone as writers, and during their run, they made a number of iconic music videos for “Lazy Sunday,” “Dick in a Box,” and “I Just Had Sex.”

More recently, they even commented on EDM culture with another SNL short where everyone waited for the DJ to drop the bass.

The trio worked previously worked on Hot Rod, with Schaffer directing and Samberg and Taccone starring.

There’s not much information about the plot of the comedy so far except that it’s “set in the music world” and followed an earlier deal that The Lonely Island would create digital content for Fox.

H/T The Wrap | Screengrab via thelonelyisland/YouTube