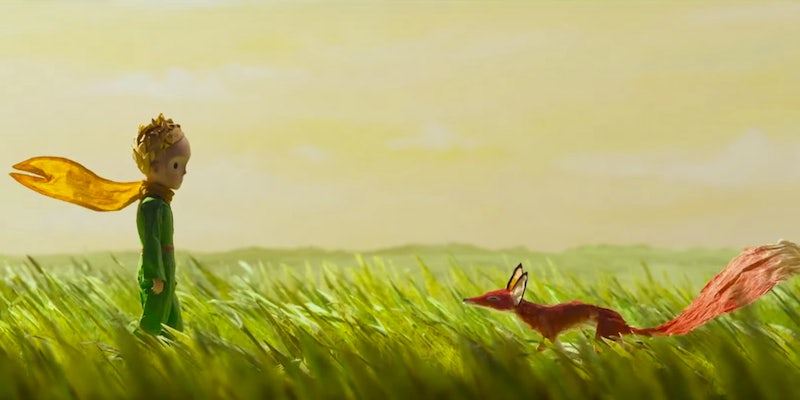 ‘The Little Prince’ is coming to the U.S. after all—thanks to Netflix

The film was originally set to debut in the U.S. March 18.

The animated feature adaptation of The Little Prince will finally make its way to the U.S. with help from Netflix.

The film—which is based on the beloved book by Antoine de Saint-Exupery and has an all-star cast including Rachel McAdams, Jeff Bridges, Paul Rudd, Benicio del Toro, and James Franco—was originally slated to be released in theaters March 18 by Paramount Pictures. Since its debut at Cannes last year, it has received mostly positive reviews from critics and currently holds a 94 percent Fresh rating on Rotten Tomatoes. Internationally, The Little Prince has made $100 million through various distributors and won Best Animated Film at France’s Cesar Awards last month.

But just before it was supposed to start showing in U.S. theaters, Paramount Pictures quietly dropped the film from its schedule. Director Mark Osborne addressed the new development and said that it would be “released by another distributor later this year.”

1/3 Many thanks to everyone for the outpouring of love and support in these strange times.

2/3 – As it turns out, the much anticipated U.S. release of this special and unique film will have to be anticipated just a little bit more.

3/3 – All I can say is #thelittleprince will in fact be released by another distributor later this year.

4/4 – Until then, head to Canada! The film opens there in wide release this weekend!

According to the Hollywood Reporter, Netflix will now be handling distribution of The Little Prince in the U.S., which is set to debut on its services later this year. Stay tuned for more details as they become available.