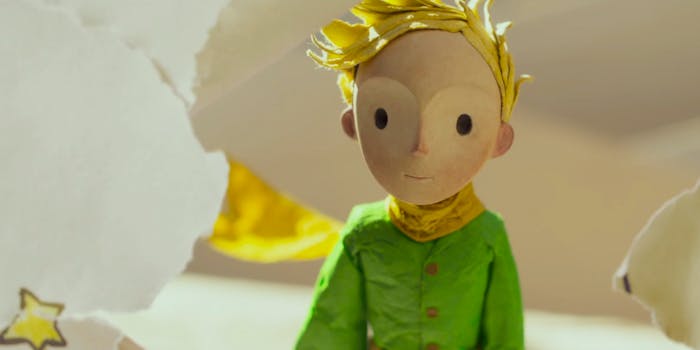 The latest trailer for ‘The Little Prince’ is stunning

‘I’m not sure I wanna grow up anymore.’

The first trailer for the animated film The Little Prince captivated audiences without needing to understand a word, but the first English trailer proves even more what we already knew: We’re going to get swept up by it.

It juggles the whimsical world of the space traveler, as told in the Antoine de Saint-Exupéry classic, and a little girl who makes a new friend in her elderly neighbor, who tells her about the Prince, while her mother puts her on an at least 10-year career trajectory.

Like many stories told on multiple levels, the girl and the Prince have more in common than first meets the eye, and we’re already hooked. The animation, which switches between computer graphics and paper-like animation that looks like it came straight out of a book, is stunning.

The Little Prince will arrive in France July 29, with a U.S. release date yet to be confirmed.