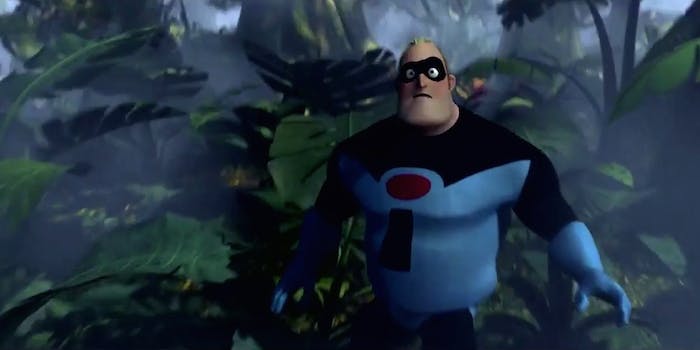 Metroville isn't the happy suburban town you remember from The Incredibles.

They’re the heroes Metroville deserves, but maybe not the ones it needs.

Every fun part of The Incredibles you remember is gone in a new rendering of the trailer from Bobby Burns, in the style of Christopher Nolan— more specifically, the Dark Knight trilogy. Like Michael Bay’s version of Up, it’s a completely different movie once you edit things.

The Parr family plays second fiddle as the main focus falls on the mind games between Mr. Incredible and Syndrome. They’re a lot more similar than either would care to admit, and it’s not going to end well for anyone who gets in the way.

Why so serious, Mr. Incredible?