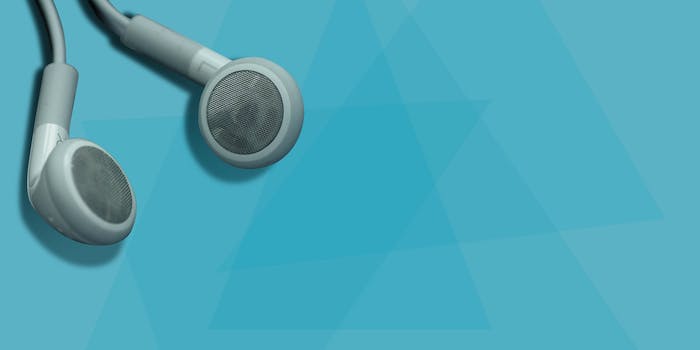 Podcast collective the Heard is experimenting with community

'Podcasting can be really solitary, so I was mostly excited about the idea of having a community.'

The act of podcasting can be an isolated, intimate act—that’s part of its charm. But a new podcast collective called the Heard is experimenting with building a community around it.

Founded by Jakob Lewis, the Heard is made up of six podcasts that stretch across North America and cover a range of experiences. He wanted to create a platform where producers could bounce ideas off one another, eliminating that solitary element. Lewis helms the Nashville, Tennessee-based Neighbors podcast, which tells the stories that happen beyond the front porch.

Jonathan Hirsch came in a bit later. He’s the Brooklyn-based host of Arrvls, a podcast about love, distance, and spaces in between. They then set out to find other like-minded producers: Vanessa Lowe produces the Bay Area-based Nocturne, a show about the night. Marlo Mack hosts How to Be a Girl, in which she and her daughter navigate how to raise a transgender child. Rob McGinley Myers hosts Anxious Machine, a podcast about how humans interact with technology. And Tally Abecassis’s First Day Back documents the Montreal filmmaker’s attempt to return to the industry after six years away and two kids.

“It’s very easy to get into podcasting,” Hirsch said. “But to make high-quality, crafted work, it takes a lot of effort, a lot of research, a lot of development. And there are a variety of hurdles that are answered by being part of larger networks and supported by the [radio] industry that was in place previous to podcasting.”

In recent years, podcasting has become its own industry. The success of Serial proved the platform could engage people on a weekly basis just like a TV show and gave way to an emerging trend: Old NPR and public radio folks forging a new path via the podcast. The NYC-based Gimlet Media is home to This American Life contributor Starlee Kine’s Mystery Show, which hit No. 1 on the iTunes charts just a month after its debut; former TAL producer Alex Blumberg’s tech-centric StartUp; and PJ Vogt and Alex Goldman’s Internet-focused Reply All. In a recent interview, Gimlet CEO and co-founder Blumberg claimed he viewed the network as the “HBO of podcasting. We’re trying to create hits,” develop talent, and be sustainable.

The Heard’s approach is a bit more understated, and while it’s not crowded with public radio vets, there’s a similar eye toward stories that will draw in large audiences and connect people. “We wound up producing these programs, but not through traditional channels,” Hirsch said.

Coincidentally, Abecassis says she was listening to StartUp when she got the idea for her podcast. It was “tracking a story in a documentary format, and it made me think, ‘Hey, that’s what I do. I could do that.’” she said. Abecassis started beating the bushes for story ideas, then realized her own story might be the starting point. She’d been podcasting on her own since January and was approached a few months later to join the Heard.

“To be honest, I really didn’t know what it would be,” she said. “And I don’t think anybody really did. Podcasting can be really solitary, so I was mostly excited about the idea of having a community, and I thought the shows were all really strong, so I decided to get on board.”

And community is what Abecassis needed, as she attempted to dive back into an industry where “youth is kind of fetishized” and find her voice as a filmmaker. So she used First Day Back to work through life on the other side of motherhood, and she structured the podcast much like she would a documentary film: creating serialized episodes that advance the plot, documenting the disappointments and obstacles she encounters in the process of producing a film, and adding in heartfelt anecdotes from her kids.

Abecassis cites the Heard’s community as a major factor in its balance. “…We all have each other’s back,” she said. “And I think that’s actually true because of the way that we’ve structured ourselves, where we all kind of benefit from each other’s success.”

Hirsch says knowledge, resources, and reach have become the Heard’s focus, not necessarily monetization or becoming the next Serial. He adds that if you try to answer the money question first, “your shows might suffer.”

“I think it’s really interesting that there’s so much attention to what this is going to look like as part of the economy,” he said. “And I think what the Heard is trying to answer is a very different question, which is: What are ways in which independent producers can come together and continue to make really great shows?”

Photo via Paul Hudson/Flickr (CC BY 2.0) | Remix by Jason Reed