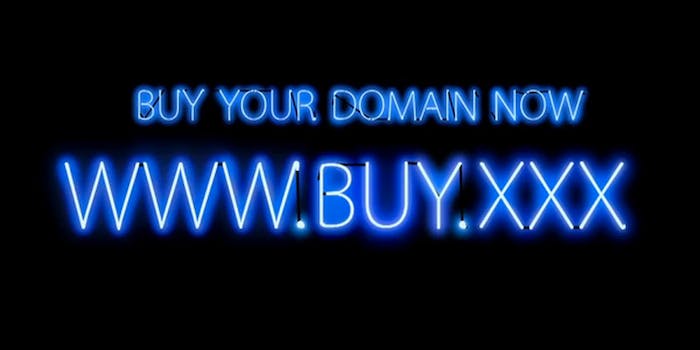 We were so looking forward to an onslaught of new porn-domain options. Until this ad happened.

In The Hater, Daily Dot Millennial analyst Jordan Valinsky finds something to dislike in everything.

The commercial, shown below (it’s safe for work, though not for life), is threatened to run for five weeks unless someone takes action for the betterment of humanity.

Interested domain buyers can log on to www.buy.xxx to see if their address is for purchase during the general availability period that begins in early December.

If you were thinking about buying a porny version of ICM Registry’s domain name in a bid to stop this awful, awful ad campaign, though, give up—someone already thought of that.