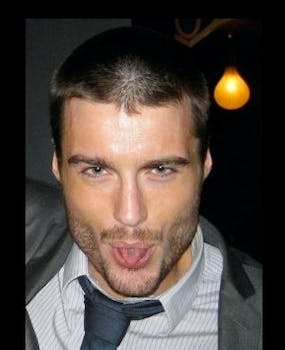 The Hater: 4 reasons my YouTube channels are better than yours

If American Hipster is the best you people can do, maybe I should become a YouTube producer.

Out of all the new content channels YouTube is rolling out, I have found the worst one yet: Meet American Hipster.

Debuting next week, the channel is premiering three shows focusing on the plaidwalkers among us. The first show, called “American Hipster Presents,” is about “trendsetters”—as opposed to mere hipsters—around America. From the preview, it’s just a lot of sped-up shots of the San Francisco skyline and a coffee shop that is most definitely not Starbucks, no sir.

The second show is “Max Movie Reviews,” a movie-review series with a talking, mustachioed baby. The third show, “Hipster Grandmas,” is a chat show described by the channel as “TMZ meets The BBC meets Seinfeld’s parents.” That sounds like the worst description ever written since the pitch for the film John Carter.

Seedwell, a San Francisco-based digital creative studio that I imagine has midday yoga breaks and free Vitaminwater Zero in the office fridge, created the channel. Write your strongly worded emails to its proprietors. The company could only muster up a slight shrug and a lackadaisical claim of “cool” in its press release about the channel.

Anyway, hipsters on YouTube are so last year. My overlords already forced me to watch Plaid Forever, a YouTube show about dudes wearing plaid, doing things, or something. I didn’t get it! Why can’t they hold their iPhone steady? I was puking for days.

So, that’s enough with these crappy new YouTube channels. Here are four YouTube series that I would actually watch.

Doing Things with Pete Cashmore
Mashable’s sterile video experience closely resembles waiting in a doctor’s waiting room while some young nurse reads tech news from the April 2009 issue of Newsweek sitting on the waiting room table. It’s boring! I’m yawning! So, Pete, I don’t know what you quite do, except for tweet a lot, but I would watch you. I’d guess it’s a lot of barking in the Mashable newsroom demanding more slideshows. But between those piercing, husky-like blue eyes and Scottish accent, we have a winner here. Let’s hold that hug for a few seconds and start planning our future together. I mean, for the channel.

This American Mother With Debra Jones-O’Brien
You might know her as @PeanutFreeMom on Twitter, but Jones-O’Brien needs a bigger, more visual platform. In this weekly half-hour series, J.-O’B., as I call her, would sit down at a T.G.I. Fridays with me and discuss important issues like Kony 2012 and rape prevention over some sickly sweet sangria. Also on the channel, a show with Jones-O’Brien ambushing random people on the street and offering advice on issues I am sure they want to be publicly discussed, like their weight.

Party Patrol with Your @FriendFromHS
Even with a kid, @FriendFromHS still knows how to rage. On her new YouTube channel, we would watch the new mother balancing out life with a young child while watching her maintain the optimal keg stand. Additionally, the channel would have a daily news show that would share her unique knowledge of world news and pop culture in a consistently inaccurate manner. I didn’t say you would learn anything on this channel, except for drinking games.

Brian Williams Hate-Watches Hipsters
It is on record that Brian Williams hates hipsters. And Brooklyn. But Brooklyn and hipsters are the same thing, right? Watching him squirm through the American Hipster channel would be mildly guffaw-inducing. Similar to Mystery Science Theater 3000, shows would be projected while we watch Williams send Twitter direct messages to Gawker chief Nick Denton. This is what Rock Center should have been.

If I weren’t such a lazy, go-nowhere Millennial, I’d figure out how to use Kickstarter and get these things going. But whatever, you go first.