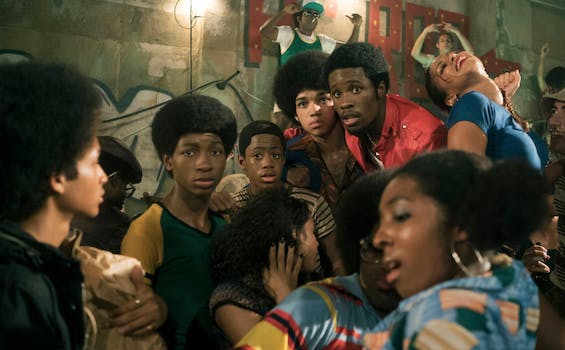 ‘The Get Down’ is a beautiful, pricey music video

Baz Luhrmann’s movies are set pieces slightly out of time: Romeo + Juliet, Moulin Rouge. The Australian director’s new Netflix series, The Get Down, zooms in on one time: the summer of 1977. But it doesn’t keep its focus.

Can’s “Vitamin C” introduces us to the South Bronx in episode 1, a recurring, left-field song choice but one that fits with the series’ attention on beats. The episode is also 90 minutes long—Luhrmann is unscrolling early, which might turn viewers off immediately. The series follows the threads of DJ Shaolin Fantastic (Shameik Moore) and emerging emcee Ezekiel (Justice Smith), who later becomes known as Books. Hamilton’s Daveed Diggs plays Books in the future, a mid-’90s hip-hop star who recounts events via his raps.

The Get Down, which references the pure moment of groove in a record, is focused on the time when disco was giving way to the sound of rap and hip-hop, which weren’t yet defined genres. For a show about the Bronx, it is visually sumptuous, which might have something to do with its $120 million price tag. But it works better when viewed as a series of standalone music videos than a cohesive series. In a change of pace, the first six episodes debuted on Friday, and the other half come out next year. That might actually work to the show’s advantage because there’s lot of stuff crammed into it.

The Get Down attempts to put the origins of rap on-screen, but it’s a glossy mash note. The scenes that show deejaying, graf, breakdancing, and rapping are more engrossing than religious familial drama or leisure-suited villains. When Grandmaster Flash (Mamoudou Athie) becomes a mystical teacher to Shaolin, Zeke, his friends, and teaches them about turntable time travel, it digs into the more spiritual side of the genre. Flash was a consulting producer on the series, adding insight into the look and feel of the time; Nas wrote the original rhymes (which are lip-synced by Diggs, and that feels like a crime) and renowned journalist Nelson George helped with the script. 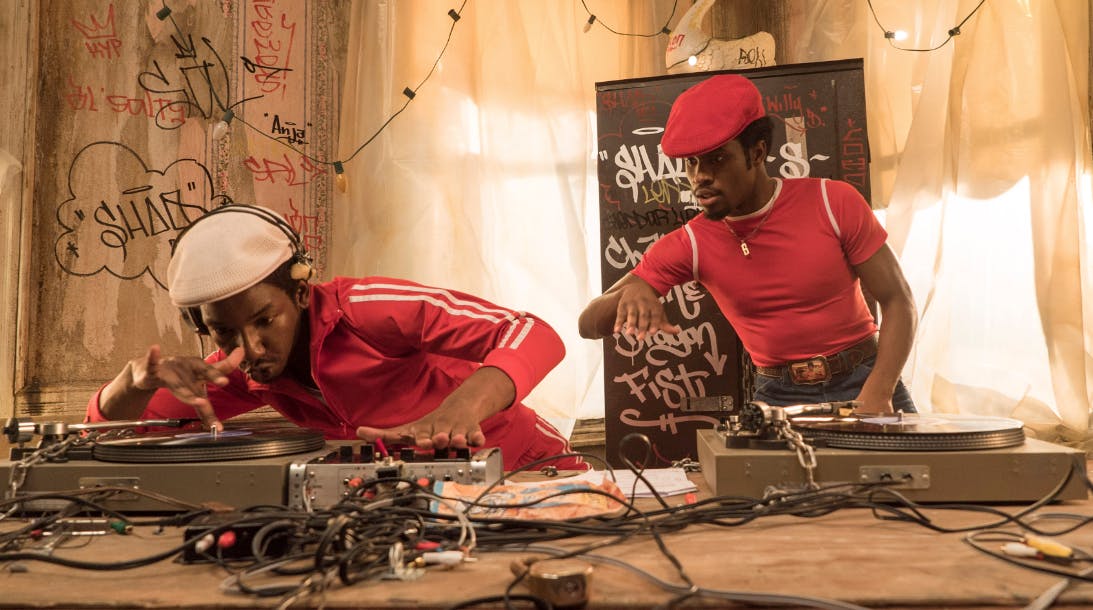 And yet, the show feels stuck between trying to look good and be authentic: Scenes are cut with archival footage of the era, and one storyline recounting the blackout of summer 1977 finds the boys conflicted about looting. “How are we above all this?” Zeke seethes.

That line should convey emotion but it feels forced. Luhrmann likes to make his period pieces pop like $100 bottles of champagne, and that’s difficult when he’s telling the story of a scene he had no part in creating; one that sprung from oppression and the need to survive, and was much bigger than just the intricately constructed set The Get Down traverses.

In an interview with the Guardian, Flash said that at the time, hip-hop was a statement: “We matter. We stand for something.” The Get Down is a highly stylized and revised retelling that tries to provides historical context of a vibrant cultural movement, but it feels a little too indulgent and fantastical. It needs to figure out what it stands for.