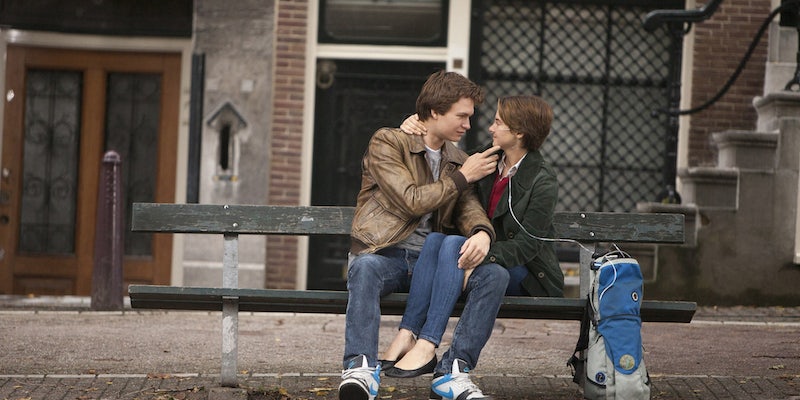 City officials are embarrassed by the theft.

Sometimes, a movie can have so much significance to your life that you simply have to buy some kind of memento. A T-shirt. A poster. Maybe you’ll even hit up eBay for some unique memorabilia.

In the case of The Fault in Our Stars (TFIOS), it seems that a fan may have gotten so attached to a piece of furniture from the movie that they actually stole it.

In TFIOS, an iconic scene shows lovestruck teens Hazel and Gus kissing and talking on a bench in Amsterdam. Some time in the past couple of weeks, that particular bench (which was previously attached to the ground) has gone missing.

“It’s a bit embarrassing, because we do keep good track of them, but it’s gone all right,” said Amsterdam city spokesman Stephan van der Hoek.

Amsterdam city representatives didn’t notice that the bench had vanished until TFIOS fan tourists began asking where it had gone, as the empty space had been disguised by a large potted plant. In recent months, Amsterdam tourist locations have noticed an uptick in TFIOS-related visitors, but this is the first time anyone has reported a potential theft.

Of course, the bench could have gone missing for some other reason, but it’s difficult to imagine why else someone might decide to steal a heavy old park bench with a street value of pretty much nil. This kind of heist actually sounds like the plot of a John Green novel in itself, if he ever decided to branch out into crime fiction.

Apparently the bench will be replaced in the next couple of weeks, but any TFIOS fan would be able to tell you that the replacement can’t possibly be the same.